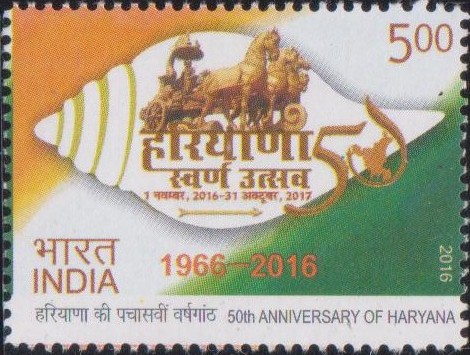 A commemorative postage stamp on the Golden Jubilee of Haryana, a state in northern part of India :

Issued for : The Department of Posts is pleased to release a Commemorative Postage Stamp on this historical occasion of celebration of the “50th Anniversary of Haryana”.