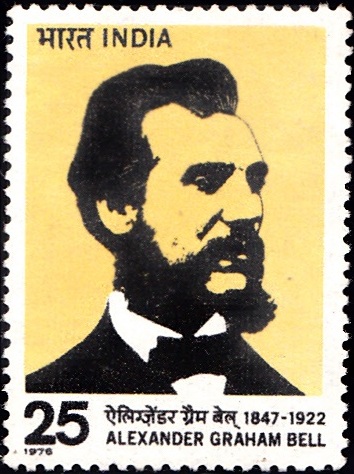 A commemorative postage stamp on Alexander Graham Bell, inventor of the telephone :

Issued for : The Indian P&T Department deems it a great privilege to bring out a commemorative stamp in honour of this great man whose epoch-making invention has revolutionised the world of communications.