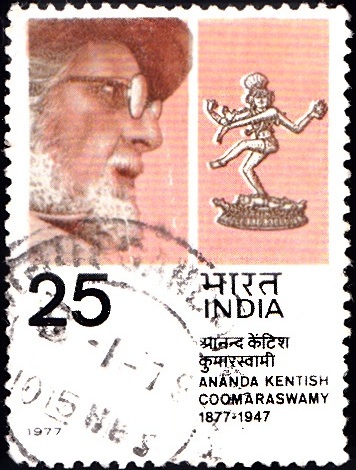 Issued for : The Indian Posts and Telegraphs Department feels proud to bring out a commemorative postage stamp on the occasion of the birth centenary of this colourful personality.

Description of Design : The design of the stamp depicts the profile of Ananda Kentish Coomaraswamy. Alongside is shown the dancing Shiva, the subject of a well-known study by Coomaraswamy.