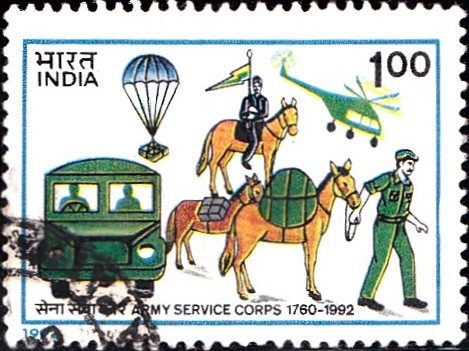 Issued for : The Dept. of Posts by issuing a stamp on the Corps, salutes its dedicated Service to the nation in war & peace.