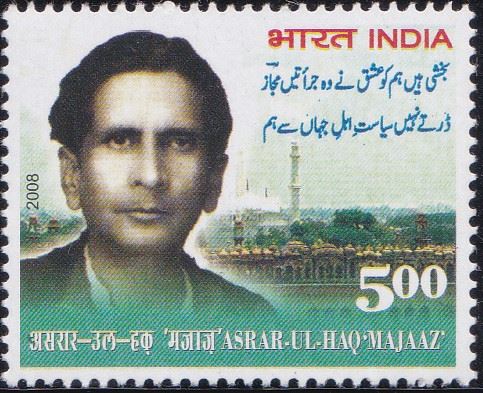 Issued for : The Department of Posts is pleased to release a commemorative postage stamp on Asrar-ul-Haq-‘Majaaz’.