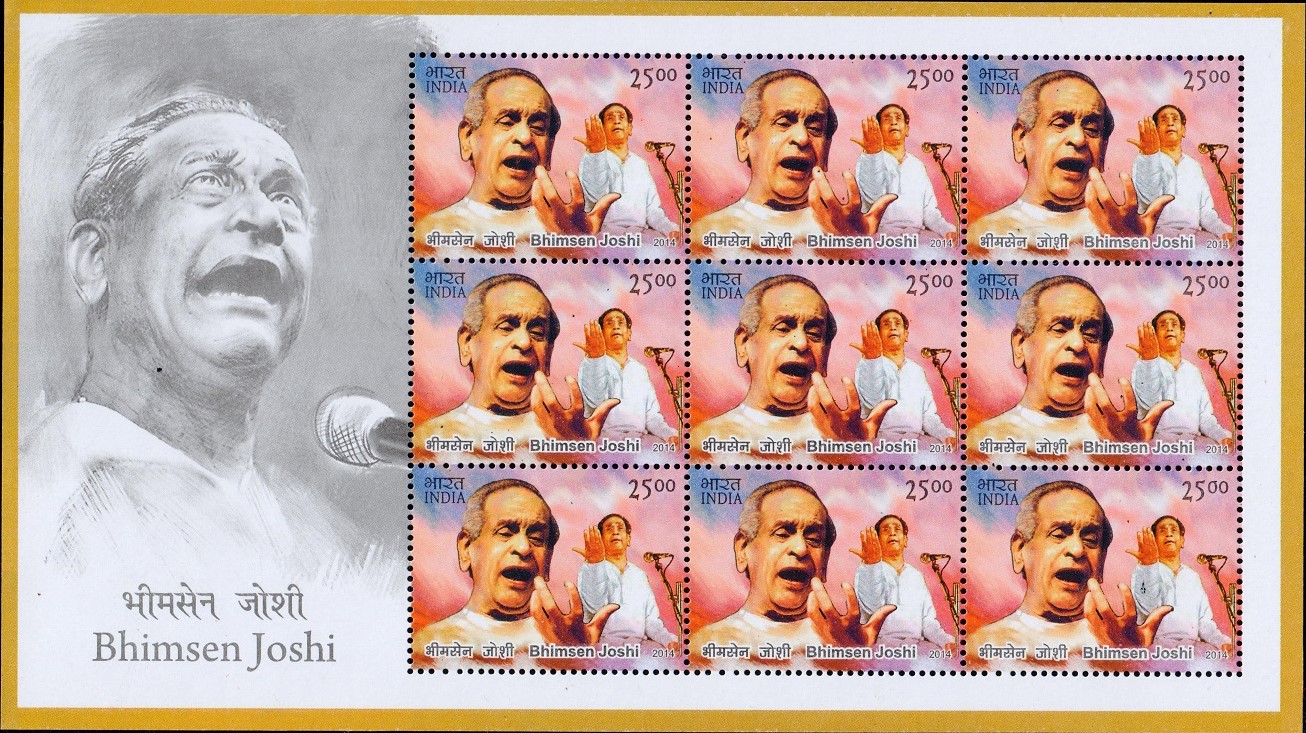 A commemorative postage stamp on Pandit Bhimsen Joshi, an Indian Hindustani classical vocalist, recipient of Bharat Ratna in 2009 [a part of the series ‘Indian Musicians‘] :