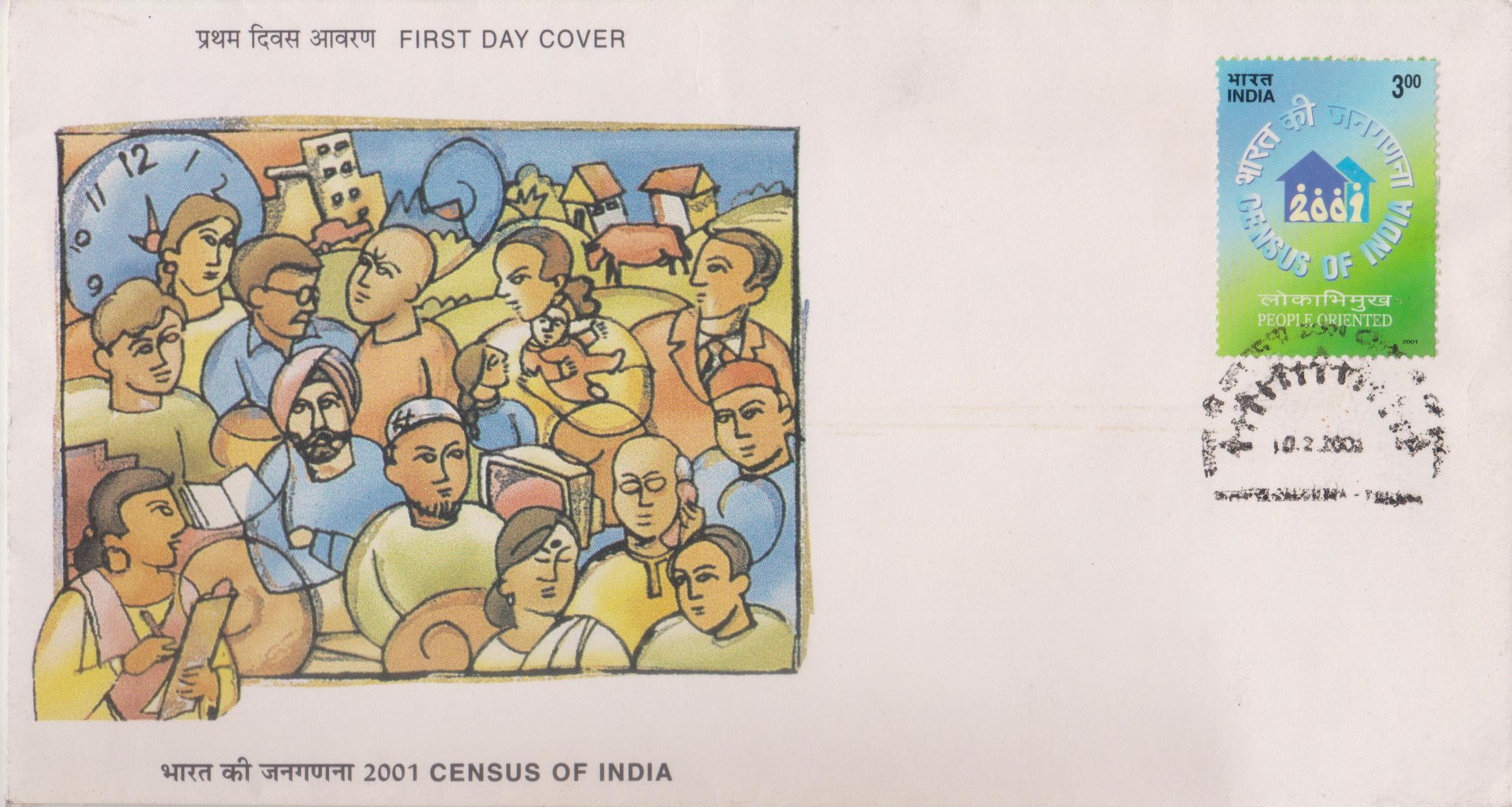 A commemorative postage stamp on 2001 Census of India :

Issued for : The Department of Posts is proud to associate itself with the Census 2001 through the issue of this postage stamp.

Design : The First Day Cover gives a Graphic Description of the Census operations of our vast and populous country.