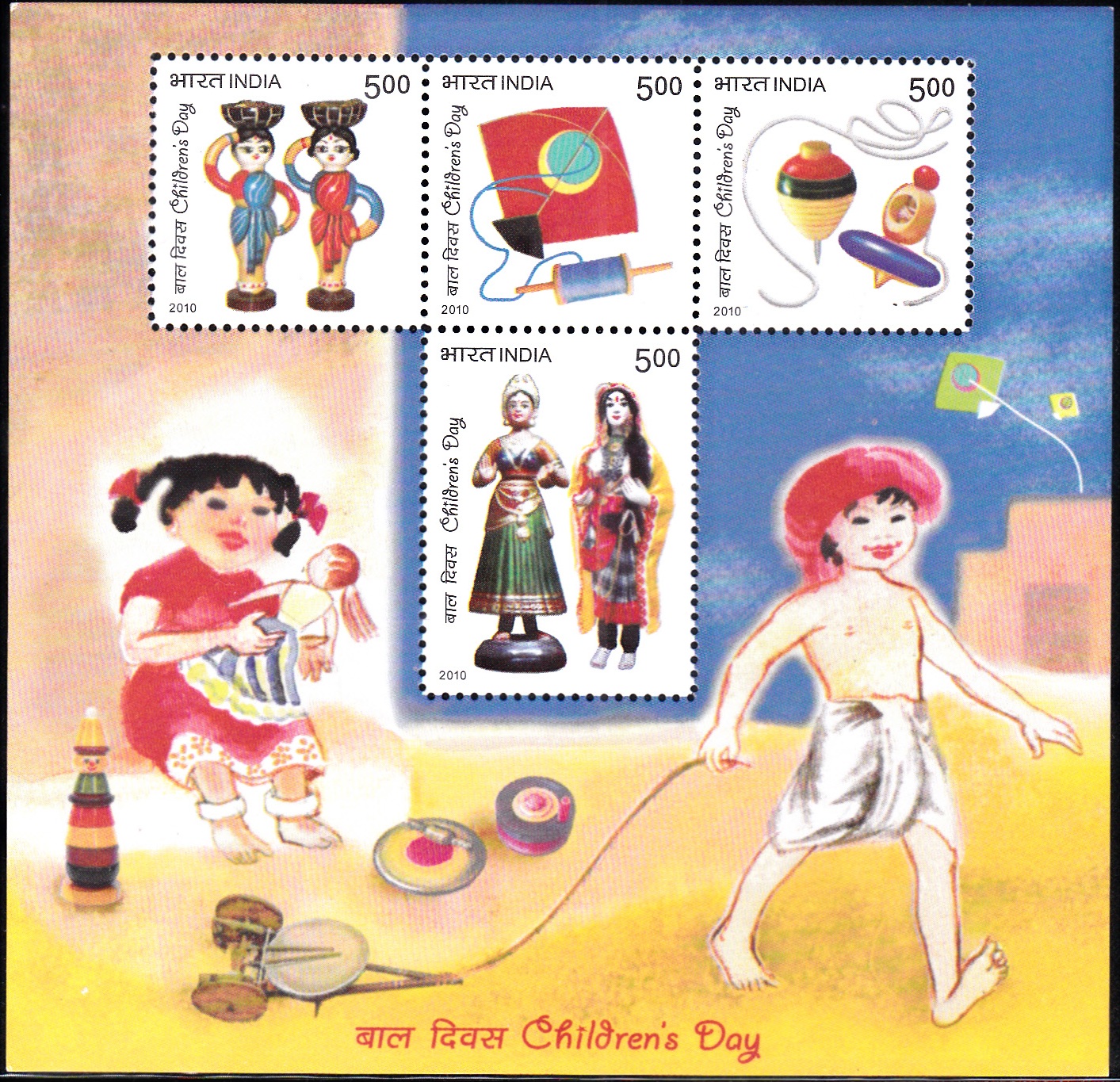 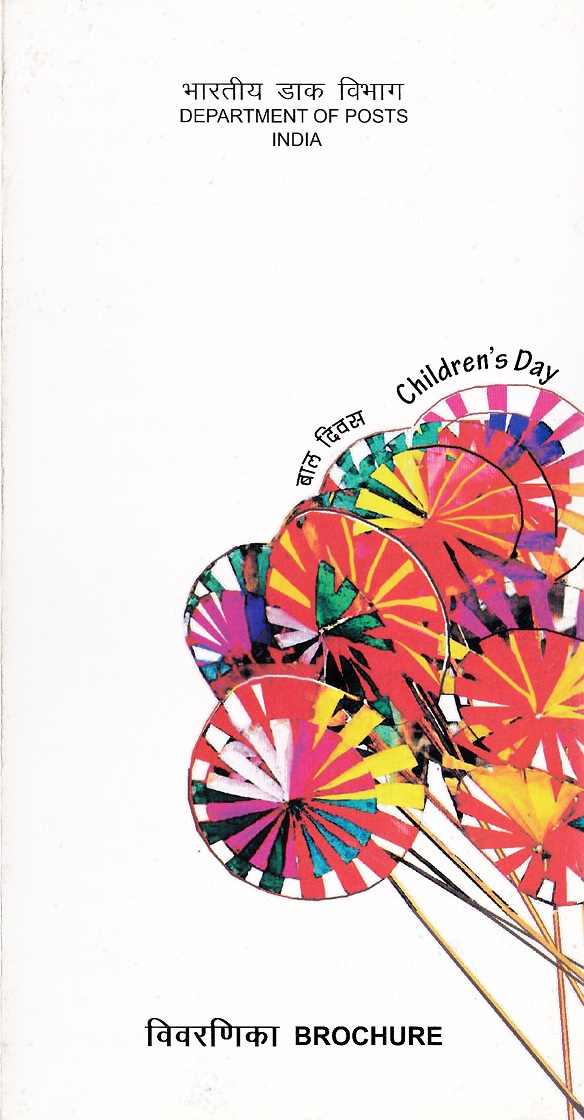 Issued for : This year the Children’s Day special postage stamps celebrate a return to innocence, the tenderness of nostalgia and also pays tribute to a heart full of compassion for those who have less than others….. Let us share this awareness and extend it to all children.

Design : The set of four stamps show wooden and mud toys such as the ones from Chennapatna, the dolls, tops of different hues and kites that colour their sky. The miniature sheet also pictures the little drag-cart which rattles happily with a stick on its stretched drum, dragged by a child. The brochure is a riot of pin-wheels. And the First Day Cover could well be an illustration for the song which says : “Take away my wealth and my fame, snatch away my youth, but give me back the monsoons of my childhood; the paper boat and the raindrops……….“