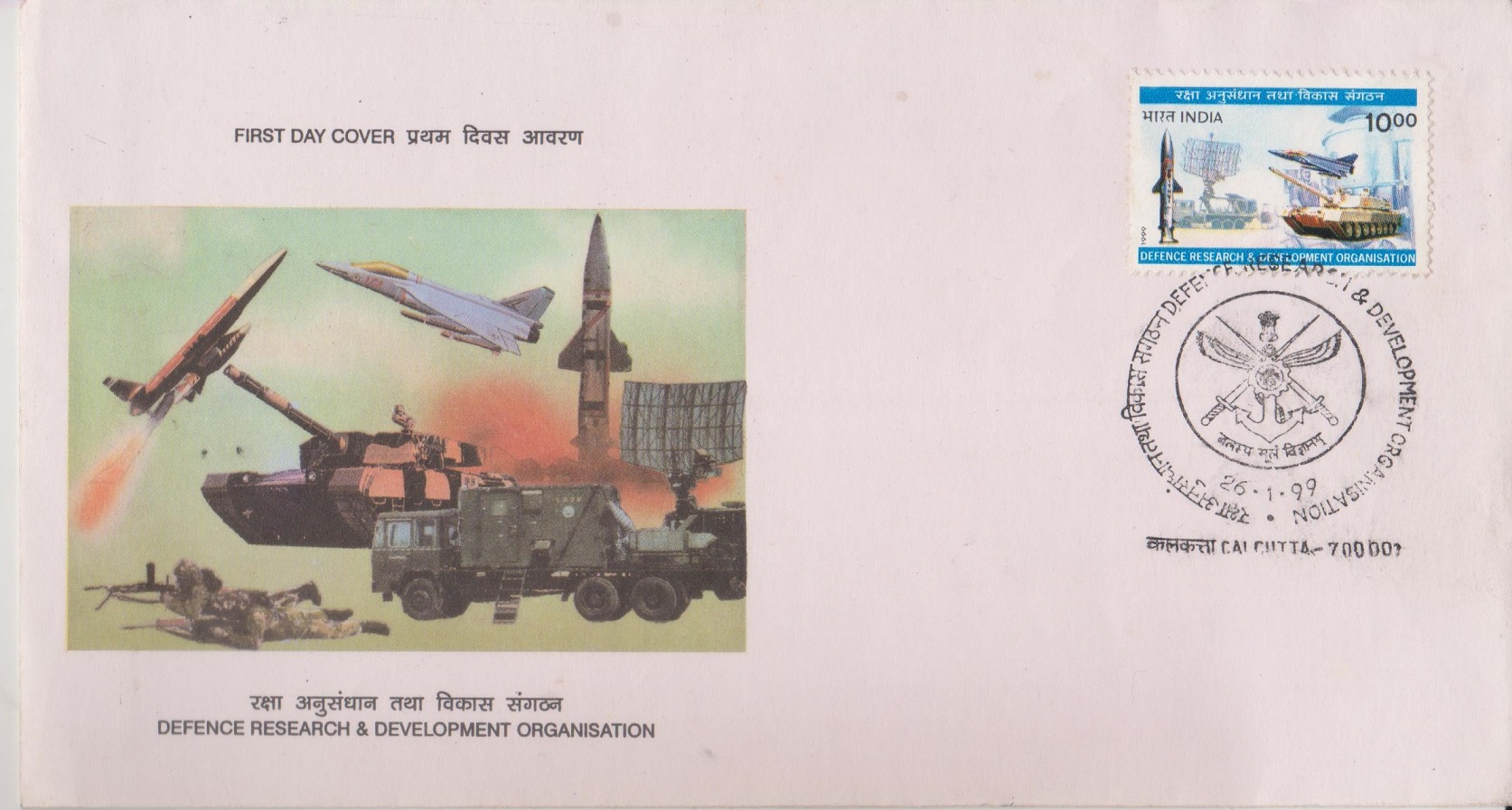 A commemorative postage stamp on the 40th Anniversary of the Defence Research and Development Organization (DRDO), an Indian Govt. agency responsible for military’s research & development : 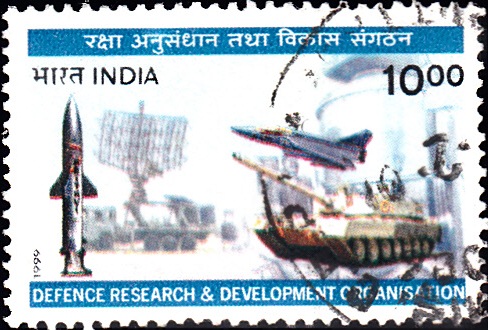 Issued for : The Department of Posts is pleased to issue a stamp to commemorate the successful efforts made by Defence Research and Development Organization to enhance self-reliance in the Defence systems.

Design : The Stamp depicts LCA, PTA and PRITHVI in flight; ARJUN, in foreground with INDRA radar and the experimental ship in background.