India in Games of the XXXI Olympiad 2016 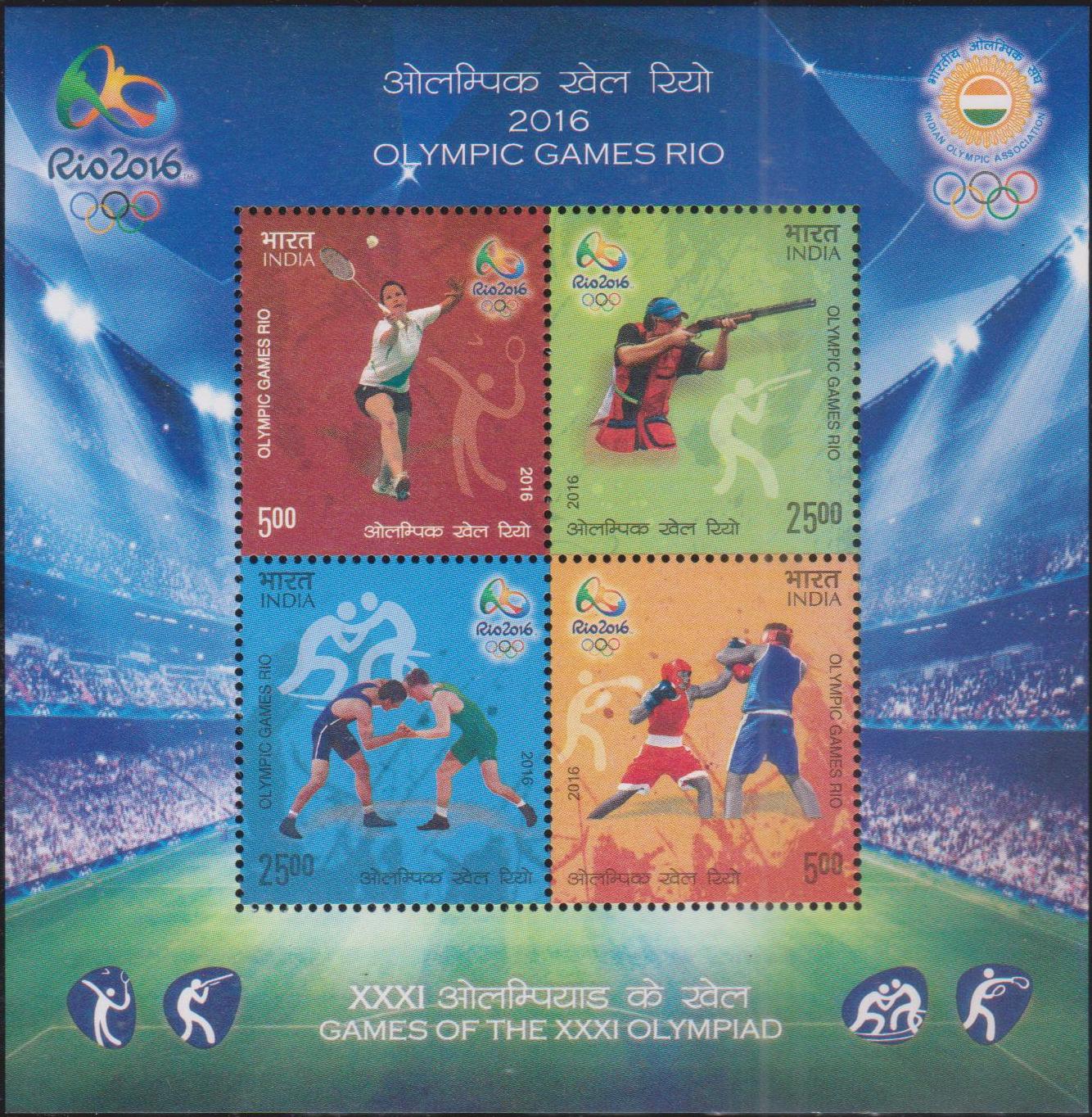 Issued for : Department of Posts is proud to be a part of this celebration of sporting excellence and commemorates the XXXIst Rio Olympic Games-2016 by issuing a set of four Commemorative Postage Stamps.