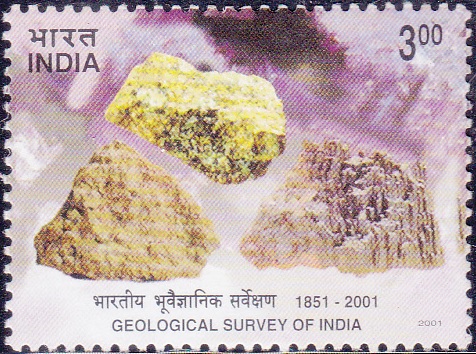 A commemorative postage stamp on the 150th Anniversary of the GSI (1851-2001), a Government of India Ministry of Mines organisation : 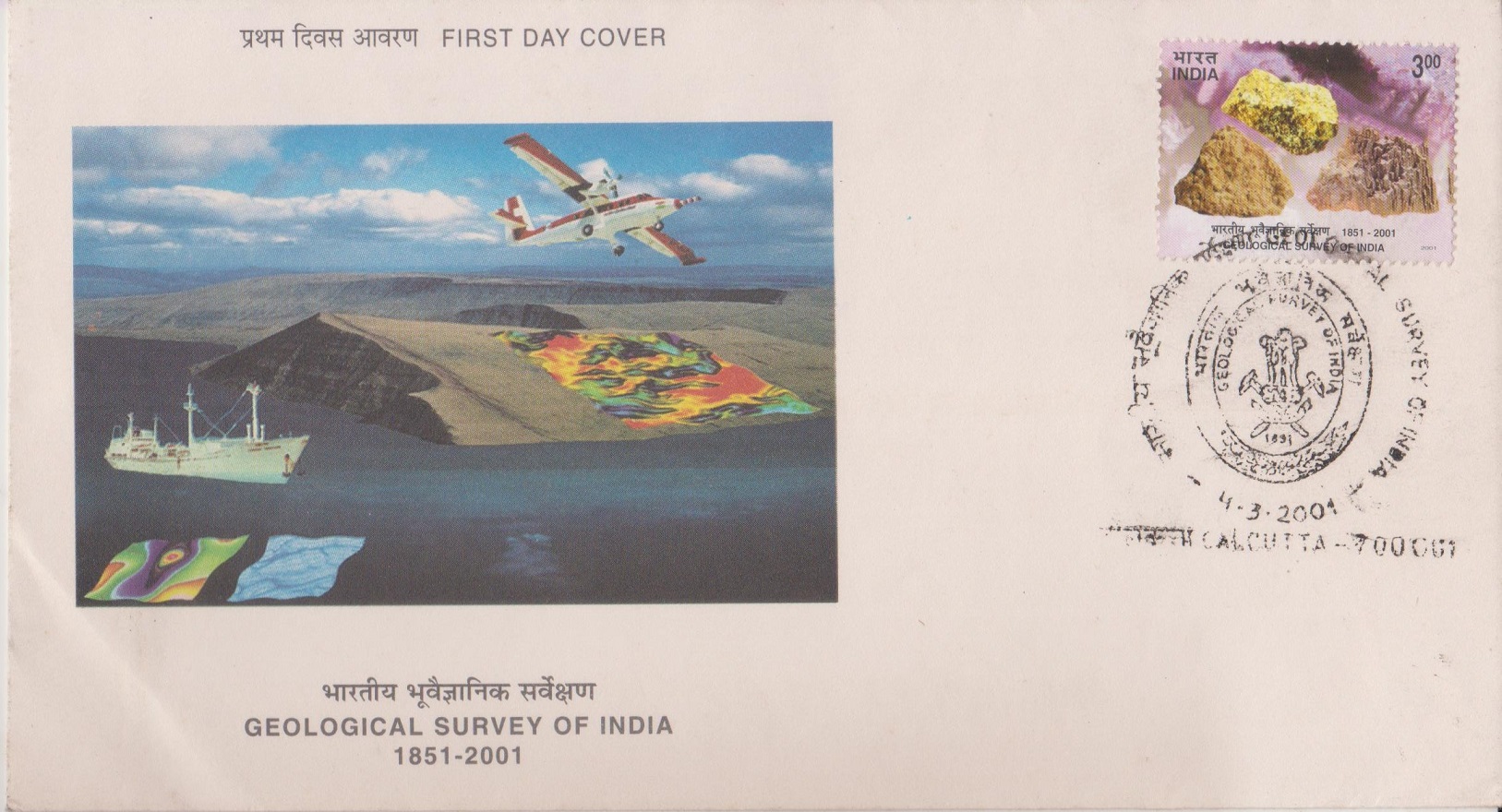 Issued for : The Department of Posts is happy to issue a postage stamp on the occasion of the 150th anniversary of the Geological Survey of India.

Design : The stamp design features three ore forming minerals, Bauxite – an aluminium ore, Chalcopyrite – a copper ore and Psilomelane – a manganese ore. Over the years, GSI has carried out exploration for these and several other minerals in the country and has established considerable reserve of these minerals.

The first day cover depicts the integrated surveys in land, air and sea by the G.S.I. The stamp shows mineral ores: Bauxite, Chalcopyrite and Psilomelane, found in significant deposits in India, which is indicative of the contribution of G.S.I. to the basic wealth of the country.