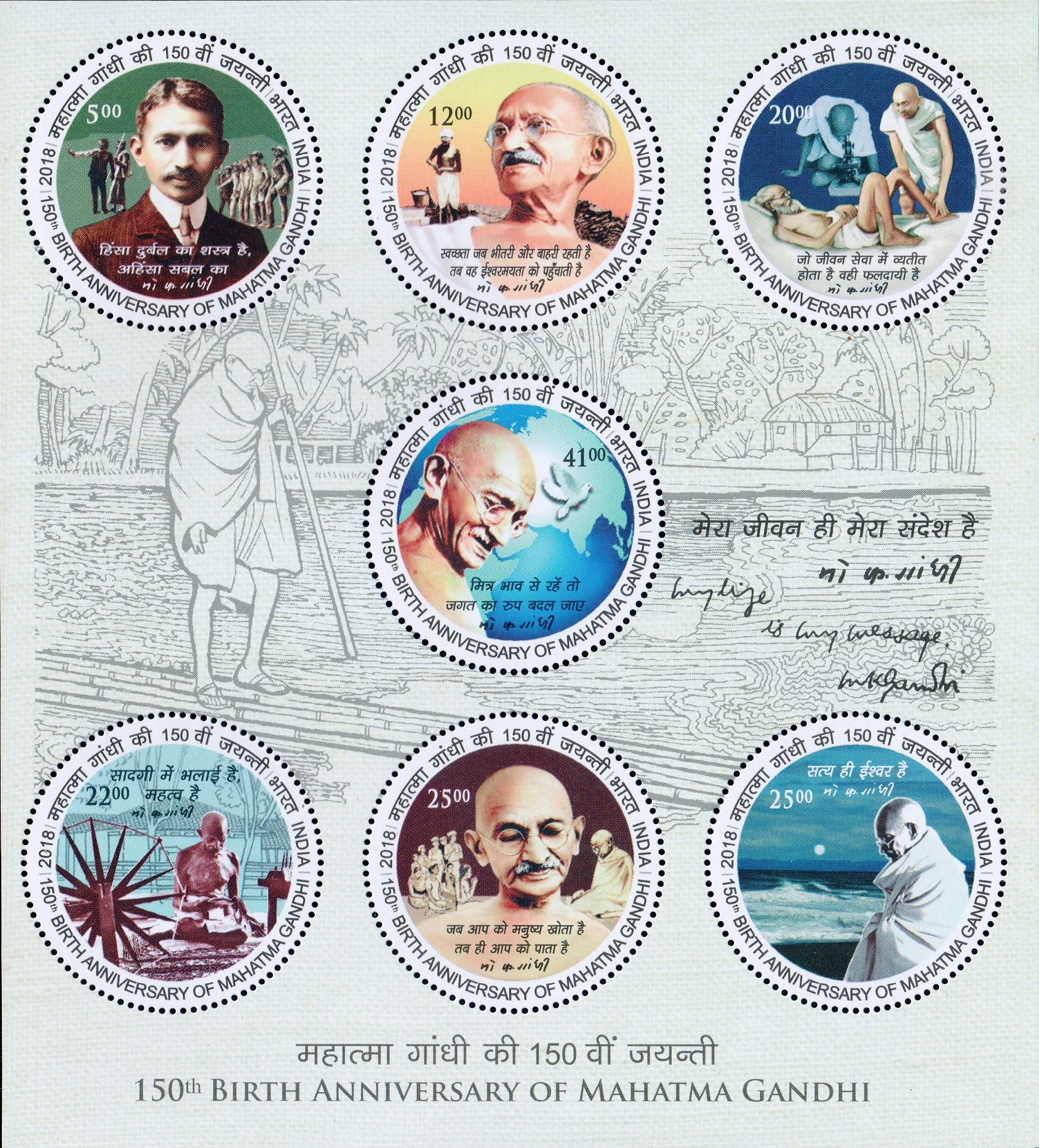 Issued for : As the nation commemorates the 150th Birth Anniversary of Mahatma Gandhi, Department of Posts is proud to issue a set of seven Commemorative Postage Stamps. Through these circular stamps, issued for the first time in Independent India, the Department endeavours to capture a few dimensions of his well-rounded personality and pays a tribute to the colossus.