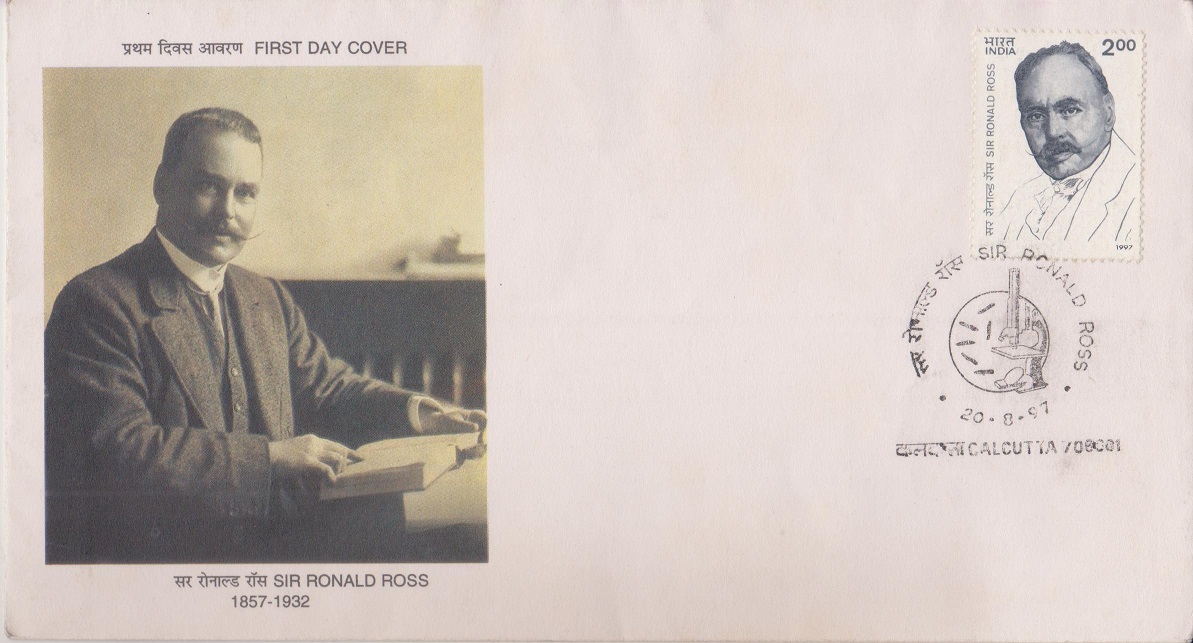 A commemorative postage stamp on Sir Ronald Ross, first British Nobel laureate (medicine 1902) for his work on the transmission of malaria :

Issued for : The Department of Posts is issuing this special postage stamp as a homage to Sir Ronald Ross, whose memory is cherished by mankind even after the lapse of one hundred years.

Born on May 13, 1857 at Almora, North–Western Provinces, British India