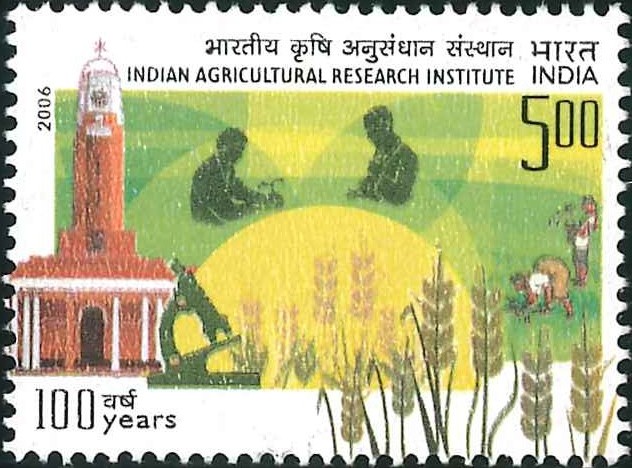 Issued for : The Department of Posts is proud to commemorate one hundred years of the Indian Agricultural Research Institute with the issue of a postage stamp.