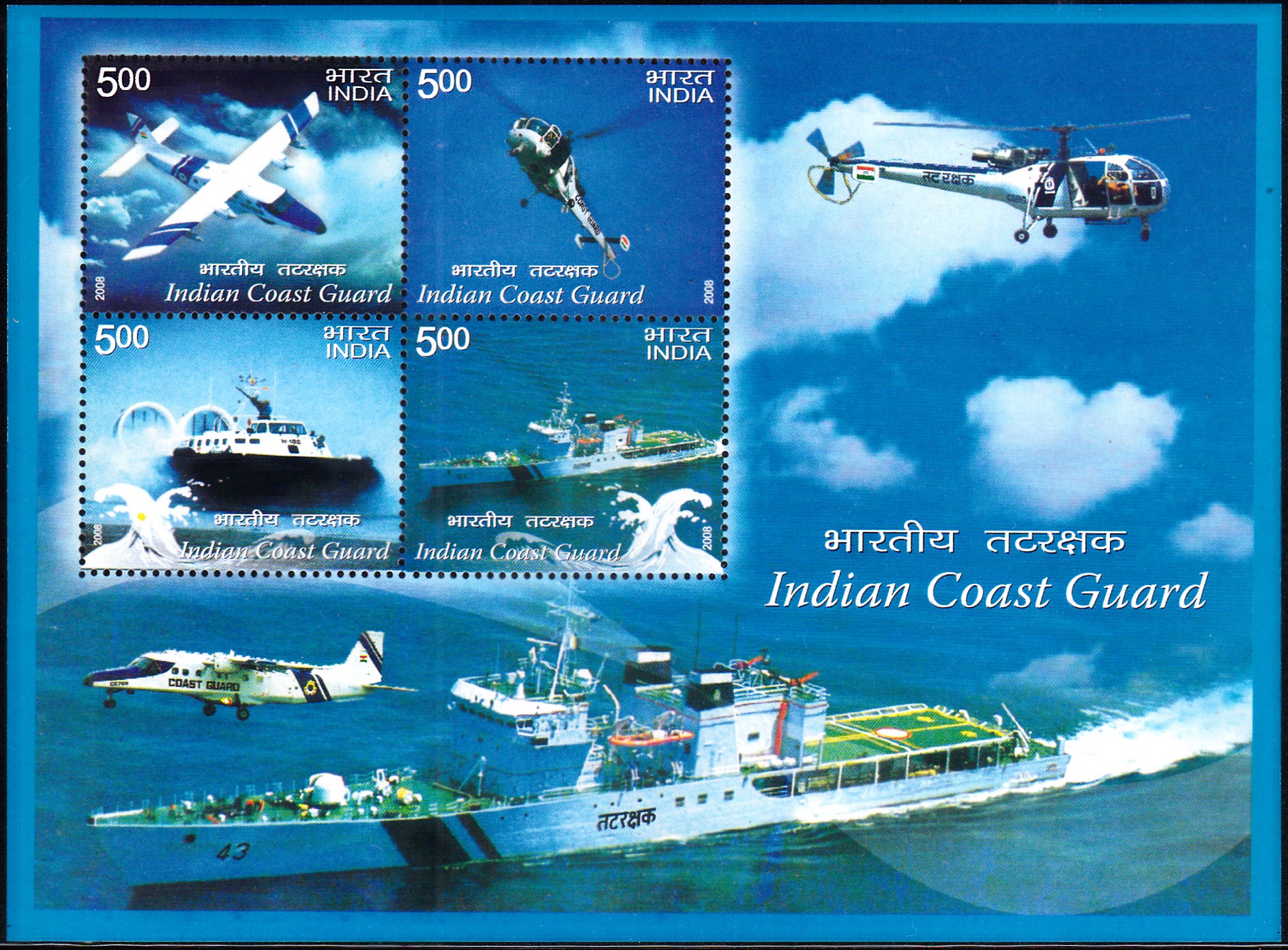 Issued for : The Department of Posts is proud to issue a set of four commemorative postage stamps on Indian Coast Guard.

Design : The miniature sheet depicts the coordinated air and surface capability of the Indian Coast Guard against a backdrop of a serene blue sea merging with clear skies in the horizon.