A commemorative postage stamp on Dr. Indra Chandra Shastry, an Indian author and philosopher from Rajasthan : 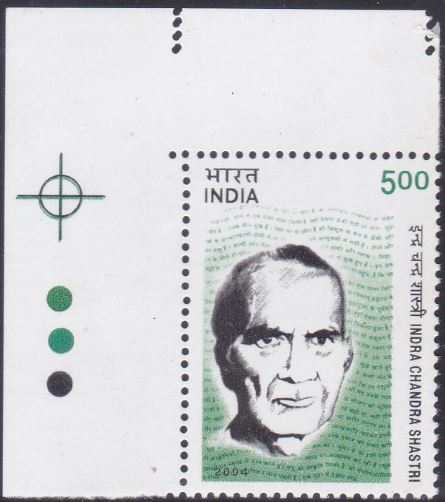 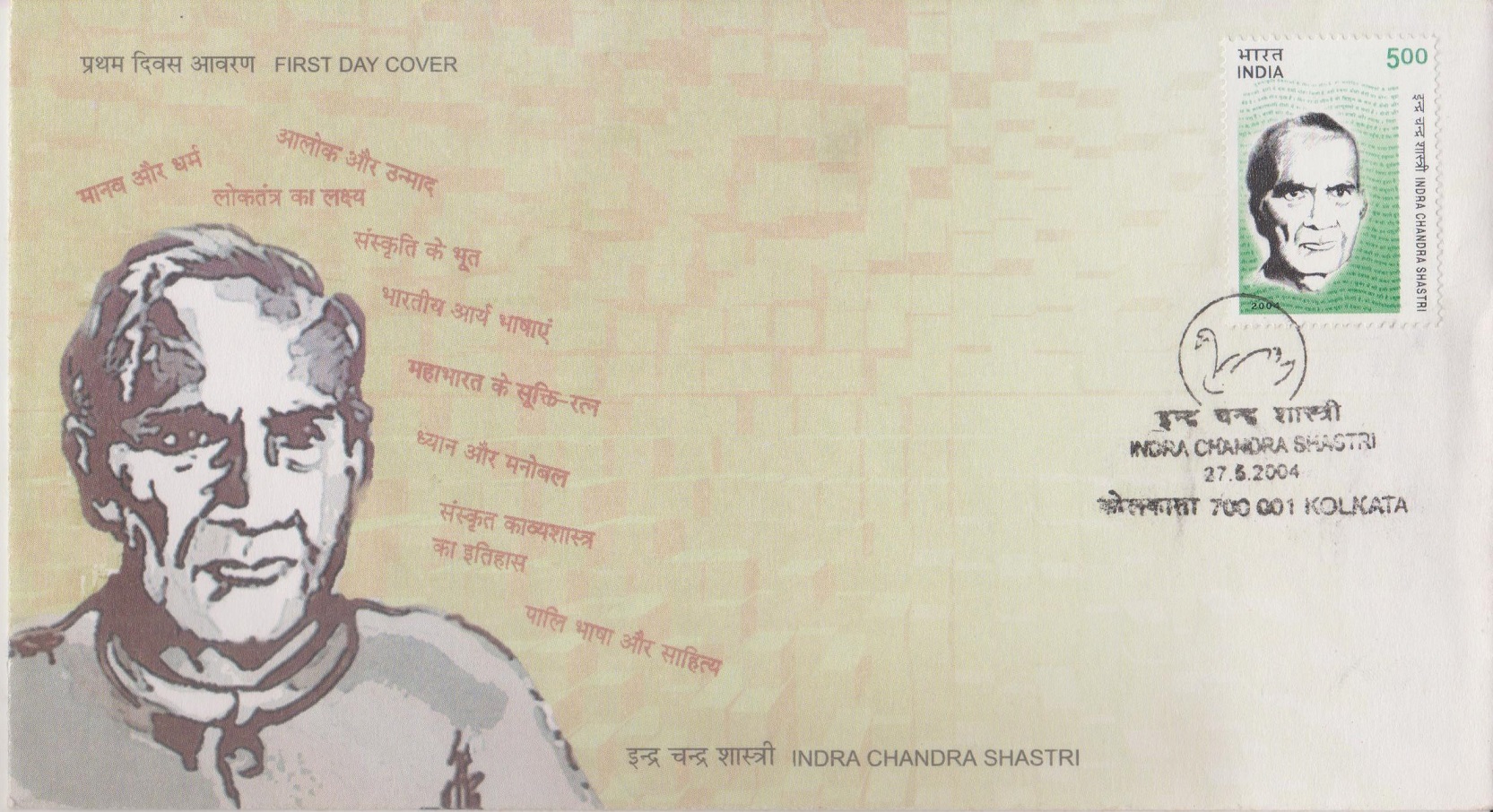 Issued for : The Department of Posts is honoured to issue a postage stamp in his memory.

Born on May 27, 1912 at Dabwali Mandi, Hissar district, Haryana, India