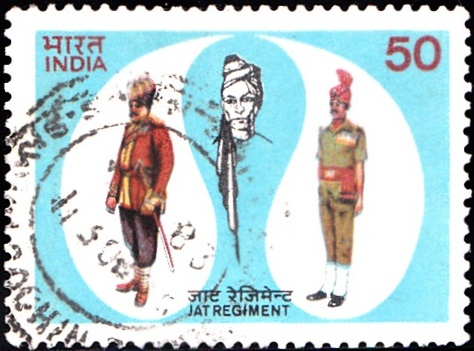 A commemorative postage stamp on the Presentation of Colours to 12, 15 & 19th Battalions of the Jat Regiment, an Indian army infantry regiment :

Issued for : Indian Posts and Telegraphs Department is privileged to commemorate the occasion by issuing a special stamp.