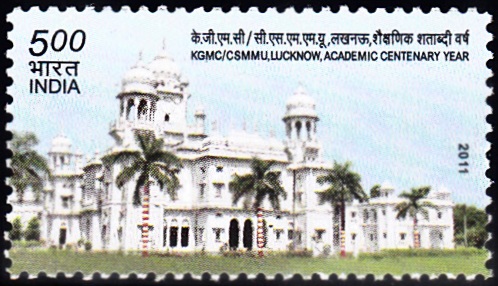 Issued for : The Department of Posts joins the celebrations of completion of 100 academic years of CSMMU by issuing a postage stamp to commemorate the occasion.