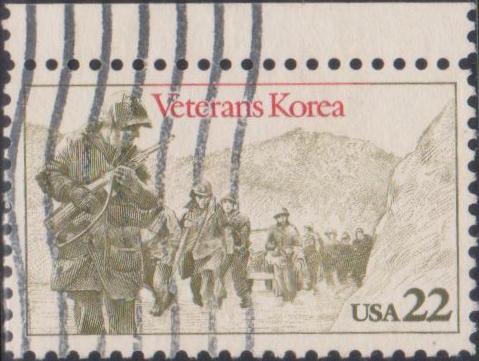 A commemorative postage stamp on the Veterans Korea :