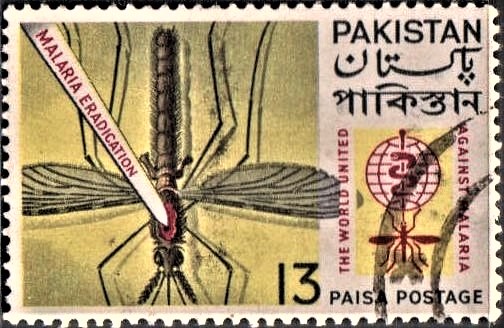 Complete set of 2 nos. of commemorative postage stamp on the WHO Drive to Eradicate Malaria : 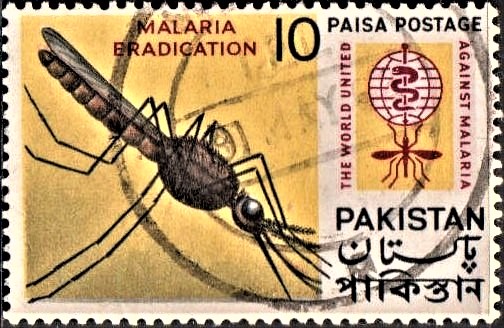 Issued for : Malaria eradication commemoratives set consisting of two postage stamps of 10 and 13 Paisa values is being issued on the 7th April, 1962, the date fixed by the World Health Organization in connection with their global programme for the eradication of malaria. These stamps will be on sale at all the post offices in Pakistan, the Karachi Philatelic Bureau and the Philatelic Counters at Lahore, Rawalpindi, Dacca and Chittagong.

Design : The mosquito, carrying malarial germs, in the attacking position forms the motif of 10-Paisa and the annihilated mosquito, with a sword blade, bearing the words ‘MALARIA ERADICATION’, pierced through its body forms the motif of 13-Paisa postage stamp. On the right hand side of both of these postage stamps appears the common emblem designed by the World Health Organization and the word ‘Pakistan’ in English, Urdu and Bengali.