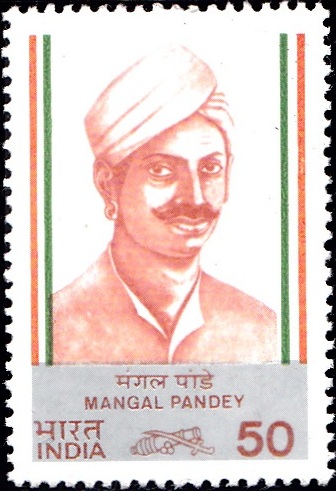 A commemorative postage stamp on Mangal Pandey, an Indian soldier, played a key role in Indian rebellion of 1857 [a part of the series ‘India’s Struggle for Freedom‘] :

Issued for : Indian Posts & Telegraphs Department is privileged to issue four commemorative stamps in the memory of these great Freedom Fighters.