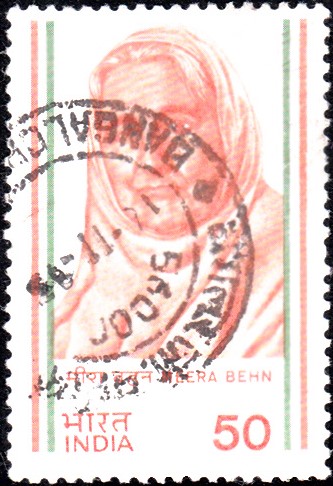 Issued for : The present set of three stamps, on the themes of ‘Quit India Resolution‘, ‘Mahadev Desai‘ and ‘Meera Behn‘ is the first issue in the proposed series. This set, thus, marks the beginning of an ambitious project under which about 4-6 stamps will be issued, every year, till 1997 – the 50th year of India‘s independence, to complete the story of the struggle through stamps.

Description of Designs : The stamp on ‘Quit India Resolution’, designed by C. R. Pakrashi, shows Gandhi and Nehru alongwith other leaders discussing the resolution at the AICC session held at Gowalia Tank Maidan, Bombay on 8 August, 1942.