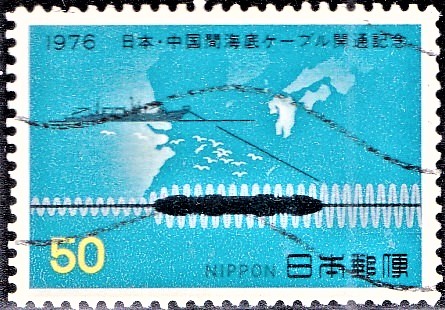 A commemorative postage stamp on the Opening of Chino–Japanese Cable between Shanghai, China and Reihoku–cho, Kumamoto prefecture, Kyushu island, Japan :

Issued for : To celebrate the opening of cable between People’s Republic of China and Japan a commemorative stamp was issued.