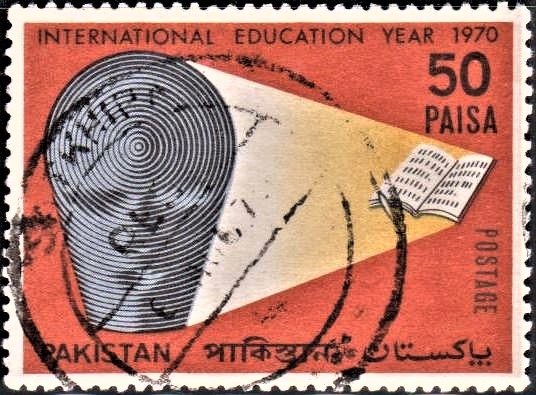 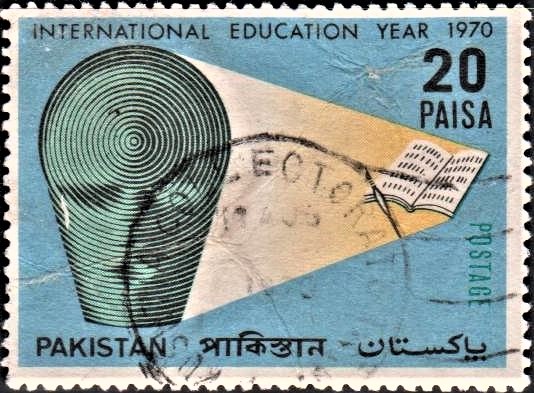 Design : The format of the stamp is horizontal. The design is common to both the denominations with a difference in colour only. Light emanates from an open book and pen symbolic of ‘Learning’ and falls on the symbol of the ‘International Education Year’. The symbol is formed of black concentric circles, the pen and book are in black outline. The caption ‘International Education Year 1970’ the value 20 Paisa and 50 Paisa and the words ‘Pakistan‘ in English, Bengali and Urdu are also in Black colour. The background is in pale blue colour in the 20 Paisa stamp and orange in the 50 Paisa stamp. The symbol and the word ‘Postage’ are green in the 20 Paisa and blue in the 50 Paisa stamp. The ray of light is yellow ochre against the book and fades gradually as it reaches the symbol.