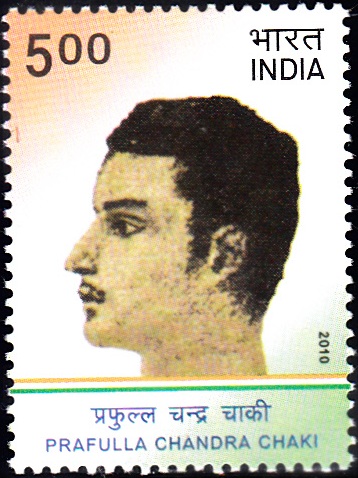 Issued for : India Post commemorates the Commitment to freedom and the sacrifice of Prafulla Chandra Chaki by issuing this postage stamp.