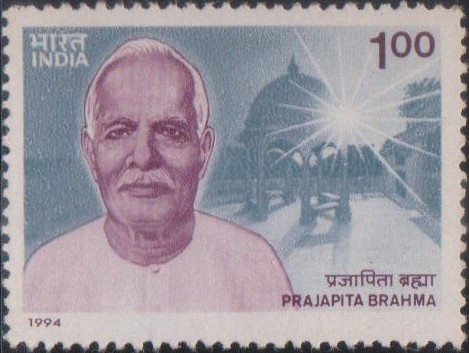 A commemorative postage stamp on Dada Lekhraj, founder of the Brahma Kumaris :

Issued for : The Department of Posts is happy to issue a commemorative stamp in honour of Prajapita Brahma whose selfless work for upliftment of humanity and women, in particular, may strengthen those engaged in pursuit of moral refinement and social reforms.

Design : The First Day Cover shows the Universal Peace Hall, which is a part of the headquarters complex of the organization at Mount Abu, Rajasthan.

Number of stamps Printed : One Million