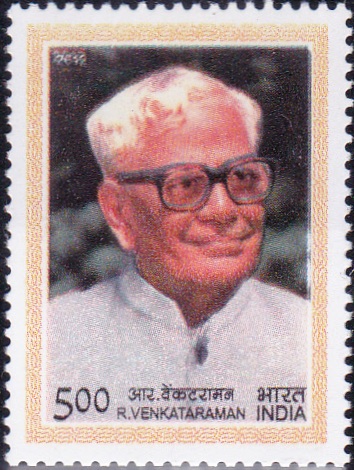 Issued for : The Department of Posts is privileged to issue a postage stamp to commemorate R. Venkataraman, a distinguished son of India who contributed to the country’s emergence as an admired democracy in the modern world.