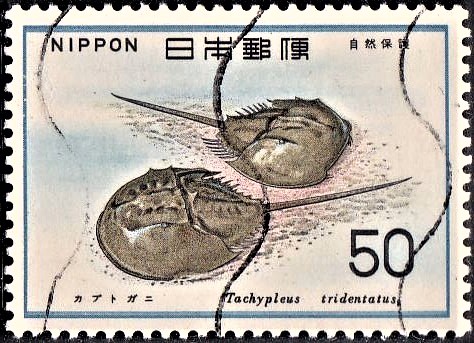 Issued for : In the 13th of the Nature Conservation Series of postage stamps, a 50-yen stamp which shows two horseshoe crabs (trachypleus tridentatus) will be issued.