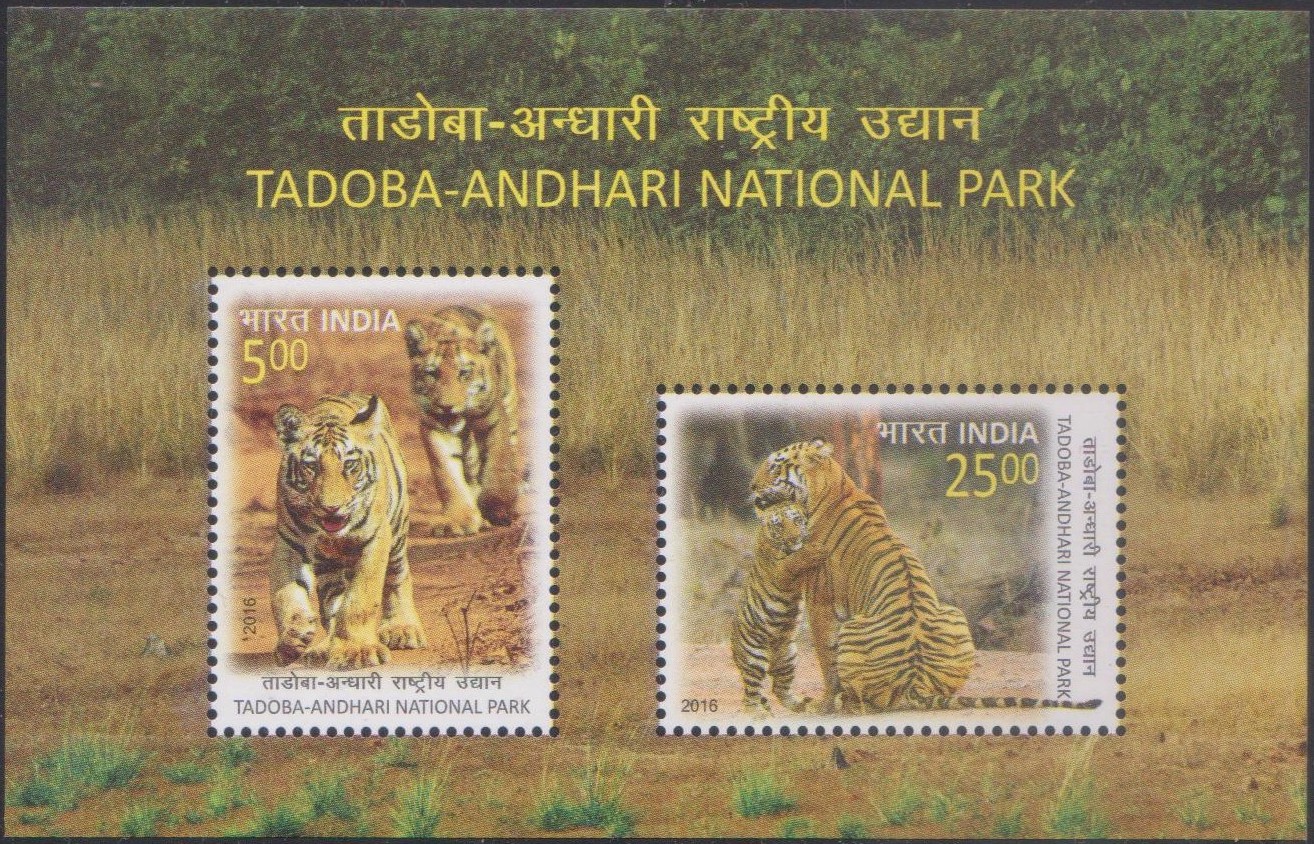 Issued for : Department of Posts is happy to release a set of two stamps on Tadoba Andhari National Park.