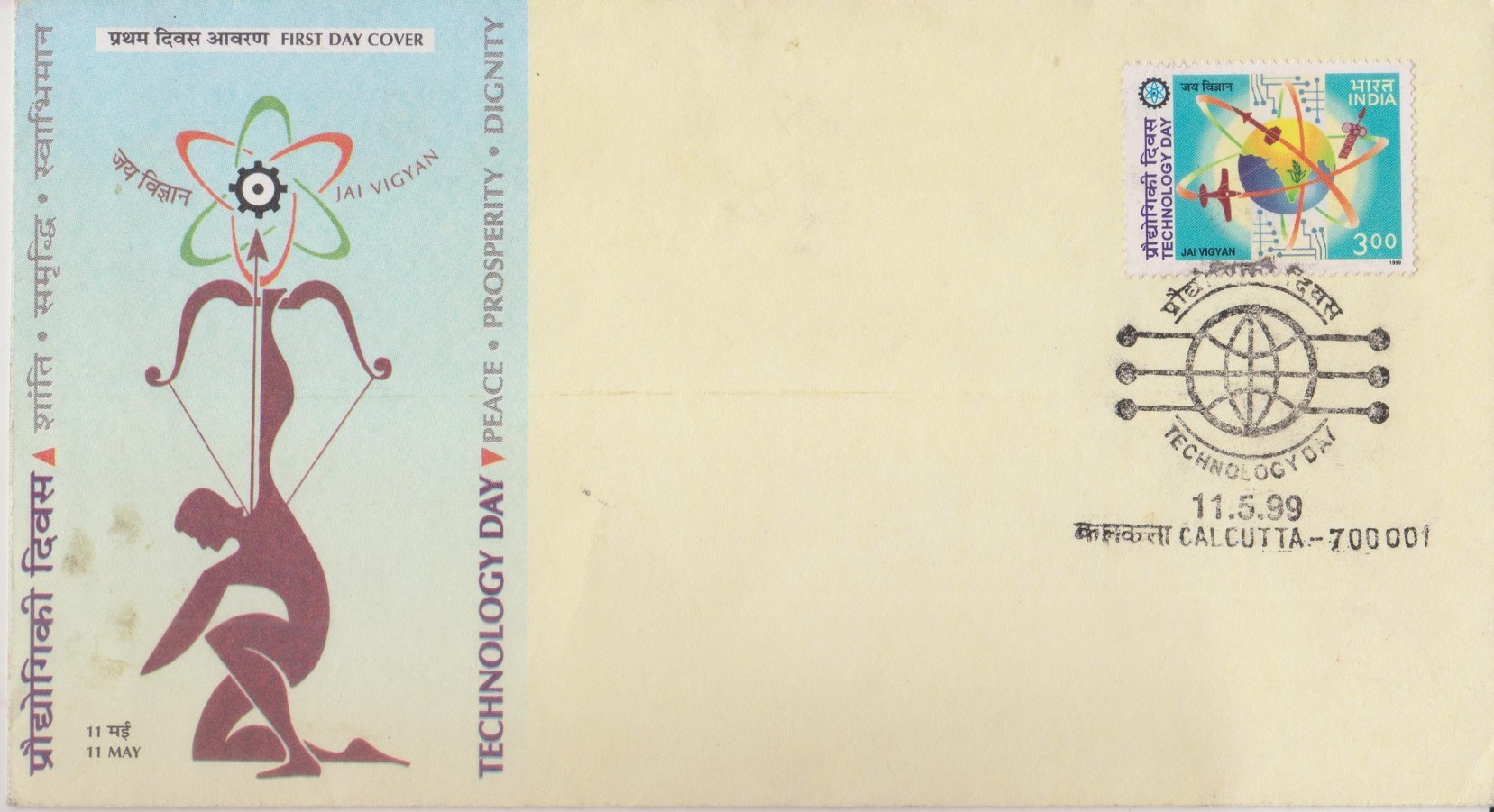 A commemorative postage stamp on the 1st Anniversary of the National Technology Day (11th May) – JAI VIGYAN : 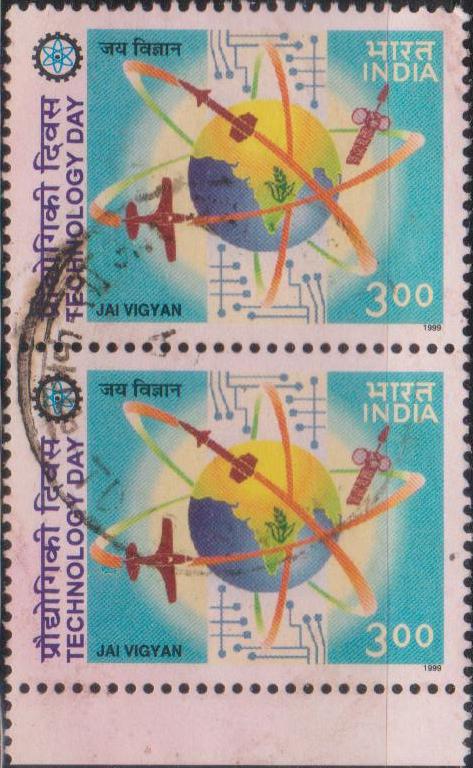 Issued for : The 11th of May 1998 was a special day in the history of India’s technological progress. Three momentous events took place on the day that did the nation proud, namely the triple successful nuclear explosion at Pokhran, the successful test firing of the Trishul Missile and the maiden certification test flight of Hansa–3, the first-all-composite indigenous two-seater aircraft. In recognition of these signal contributions of Indian scientists and technologists to national prestige, prosperity and well-being, 11th May has been declared as National Technology Day. The Department of Posts is proud to issue this commemorative postage stamp, to mark the first anniversary.

Design : The stamp depicts the globe with three orbits girdling it. In one orbit is depicted the Insat-2E satellite and the Hansa aircraft, in another the Trishul Missile and in the third the wheat plant signifying the achievements of our agricultural scientists. The globe with three orbits could also be conceived as an atom with its nucleus and the orbiting electrons, thus representing the achievements of our nuclear scientists.