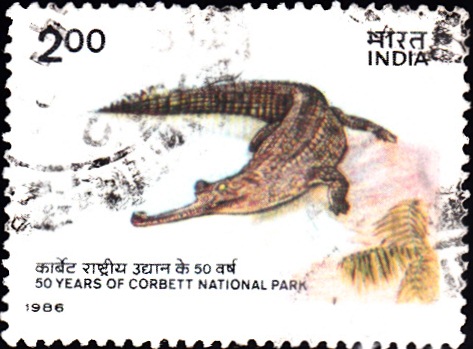 Complete Set of 2 nos of commemorative postage stamps on the 50th Anniversary of the Jim Corbett National Park, oldest national park in India, established in Nainital, Uttarakhand in 1936 to protect the endangered Bengal tiger : 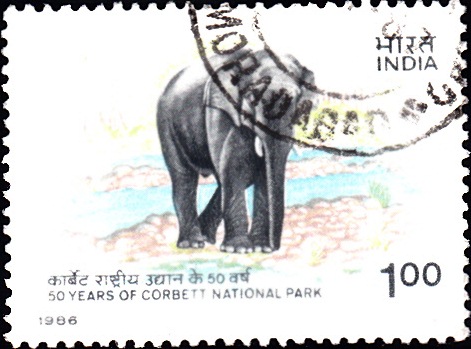 Issued for : The Department of Posts is happy to issue a set of two commemorative stamps on the 50th Anniversary of the Corbett National Park.

Description of Designs : The transparencies for the two multicolour stamps of 100p and 200p have been supplied by Kunwar Bijendra Singh. The preliminary designs have been given by Smt. Pratibha Pandey. The final artwork has been prepared by India Security Press, Nashik Road. The 100p denomination stamp depicts the Asiatic Elephant and the 200p stamp depicts the Gharial (Gavialis Gangeticus). The first day cover has been designed by Shri R. N. Pasricha. The cancellation has been prepared by Mrs. Alka Sharma.