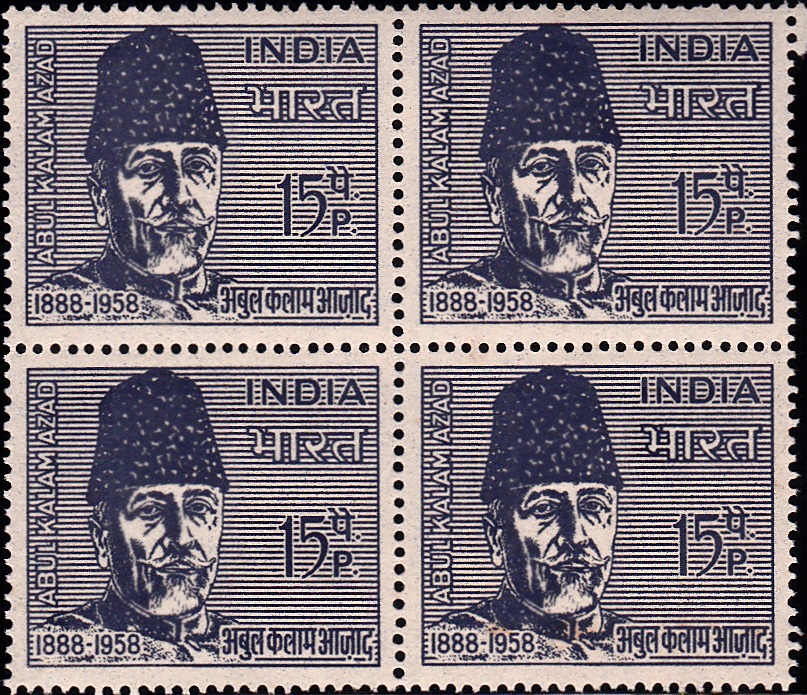 Issued for : On the occasion of the birthday of Maulana Abul Kalam Azad which falls on 11th November 1966, the P. & T. Department feels privileged in bringing out a special postage stamp in his memory.