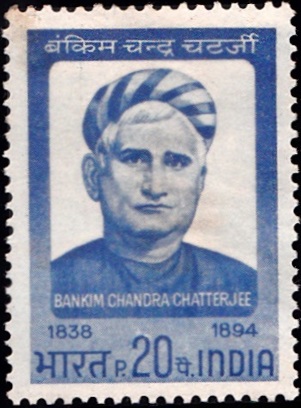 A commemorative postage stamp on the 130th birth anniversary of Bankimchandra Chattopadhyay, an Indian Bengali writer, poet and journalist from Bengal Renaissance, composer of Vande Mataram :

Issued for : The Indian P & T Department is happy to salute the memory of this great writer and patriot by issuing a special stamp in his honour on New Year’s Day, 1969.

Description of Design : The design is vertical and depicts a portrait of Bankim Chandra Chatterjee.