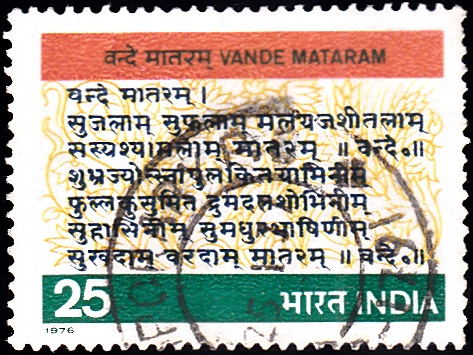 A commemorative postage stamp on Bande Matarom, a Bengali poem written by Bankim Chandra Chattopadhyay and composed into song by Rabindranath Tagore :

Issued for : The Posts & Telegraphs Department is privileged to issue a commemorative postage stamp honouring the national song, ‘Vande Mataram‘.

Description of Design : The design of the stamp is horizontal and reproduces the first stanza of the song “Vande Mataram“.