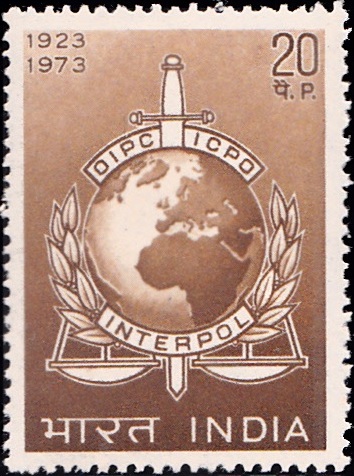 A commemorative postage stamp on the 50th Anniversary of the International Criminal Police Organization (ICPO-Interpol), an international organization to facilitate worldwide police cooperation :

Issued for : The ICPO – Interpol continues to render invaluable service to humanity in its fight against international crimes and criminals and in the field of international co-operation. The Indian P & T Department feels privileged to bring out a stamp to mark the completion of 50 years of useful service by the ICPO to the nations of the world.

Description of Design : The design of the stamp is vertical and depicts the emblem of the ICPO – Interpol.