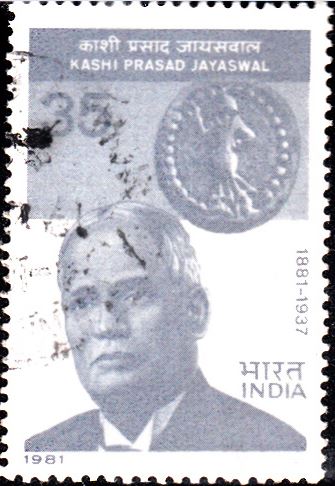 A Commemorative Postage Stamp on the Birth Centenary of K. P. Jayaswal, an Indian historian and nationalist, president of Numismatic Society of India : 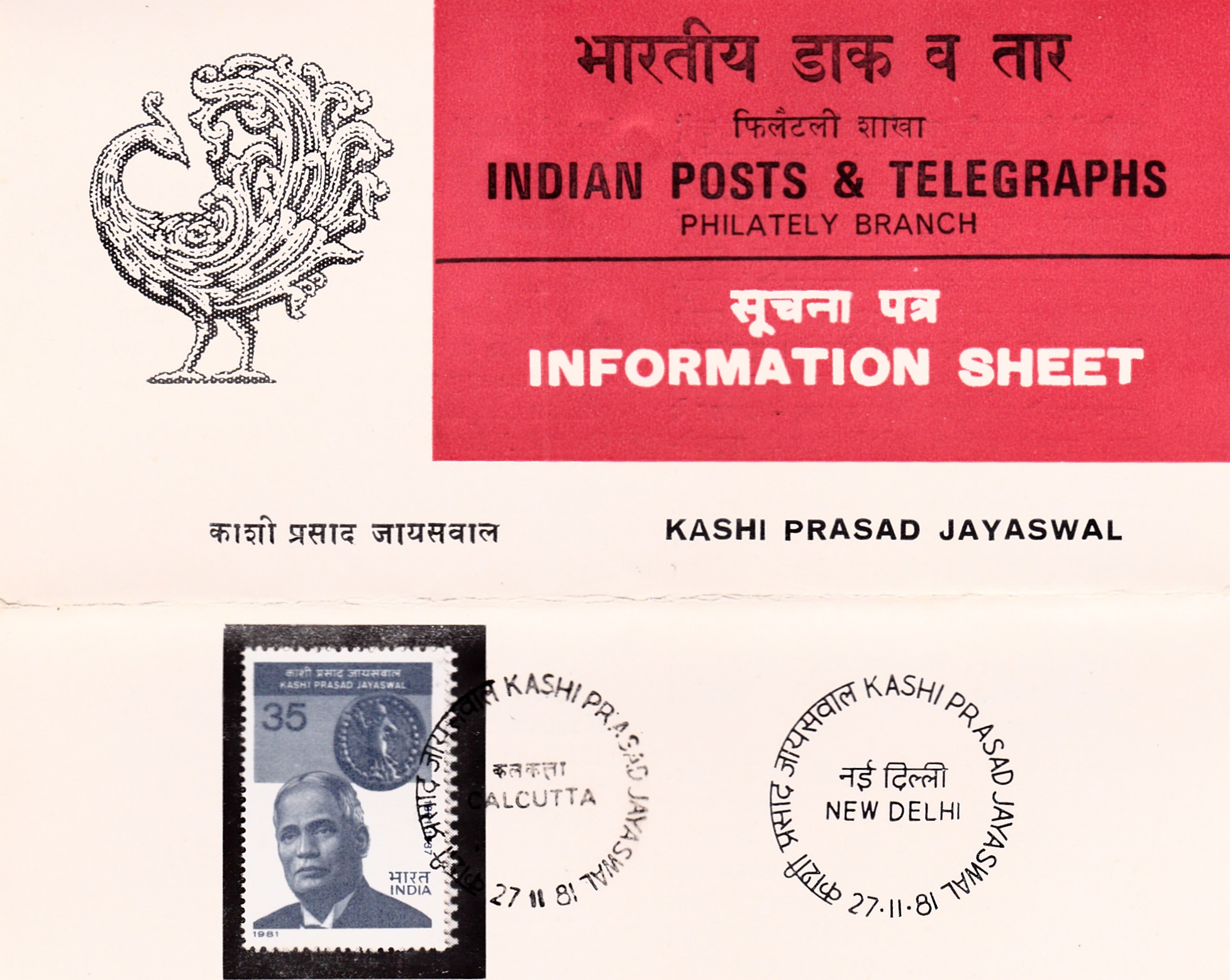 Issued for : Indian P & T Department is privileged to issue a stamp in his honour.