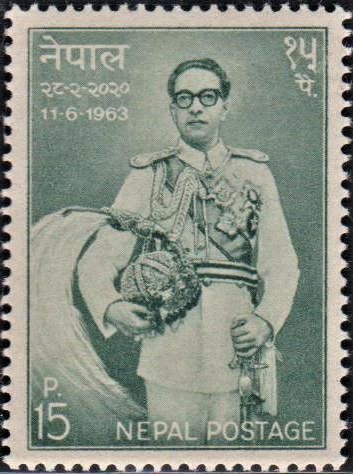 Complete Set of 3 nos of commemorative postage stamps on the 44th Birth Day of King Mahendra : 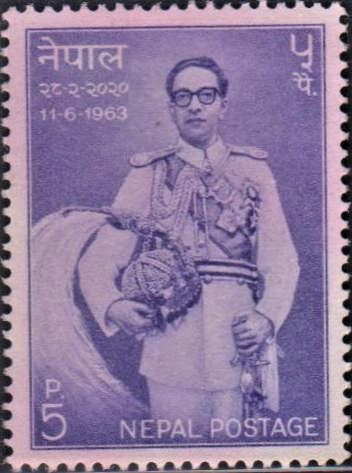 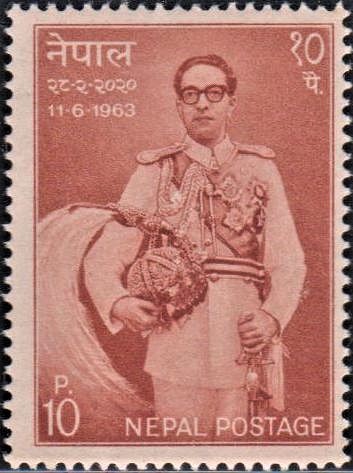 Design : In the stamp inside, we see His Majesty King Mahendra in his military summer dress. His Majesty has his crown in his right hand. His left hand is on the sword. He has on the decorations of the Kingdom of Nepal.