A commemorative postage stamp on the Birth Centenary of P. C. Mahalanobis, father of modern statistics in India : 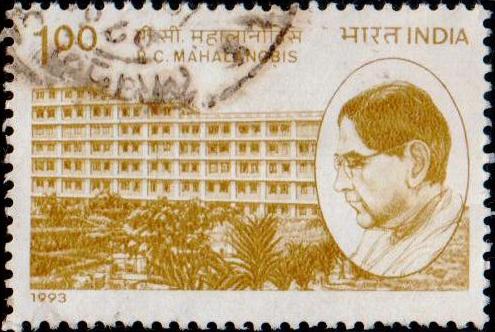 Issued for : The Department of Posts is happy to issue a stamp in honour of this great statistician.

Design : The FDC depicting the cover of the Second Five-Year Plan Document, is a tribute to his contributions to the Five-Year Plans, and also recalls his famous D2 statistic.