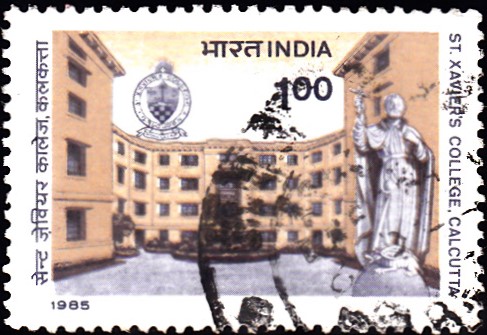 A commemorative postage stamp on the 125th Anniversary of the St. Xavier‘s College, Kolkata, 2nd oldest Jesuit Institution in India :

Issued for : The Department of Posts is pleased to issue a commemorative stamp on the 125th anniversary of the founding of St. Xavier’s College, a college which is helping build up a body of youth, at once competent and dedicated to the service of India and their fellowmen -“Ad Majorem Dei Gloriam” – to the greater Glory of God.”