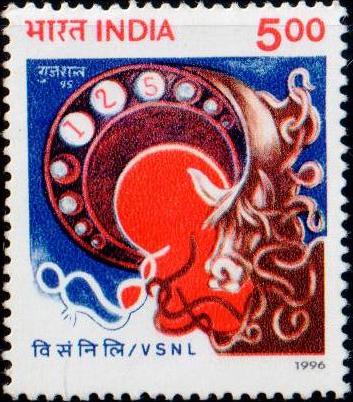 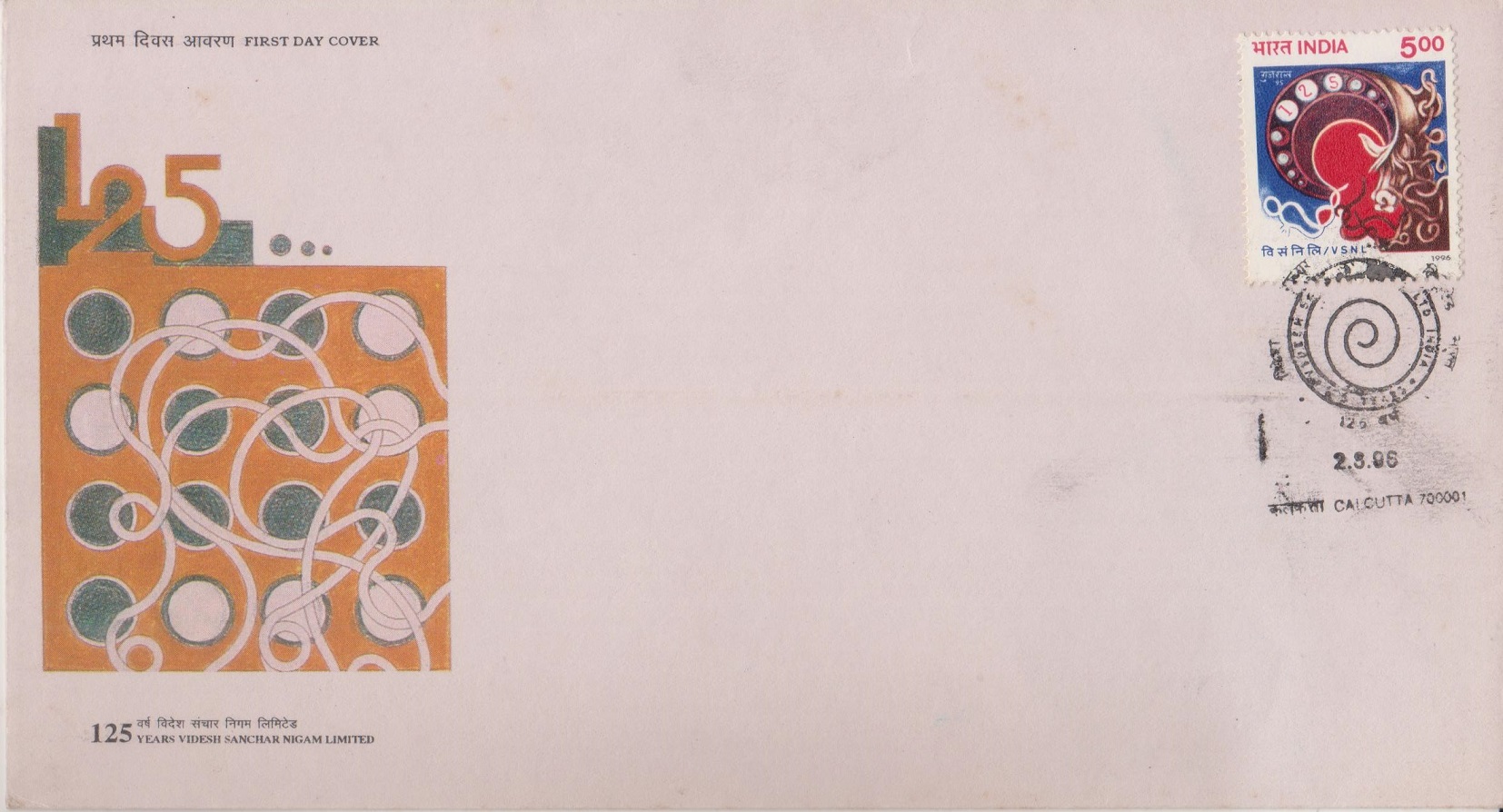 Issued for : The Department of Post marks the completion of 125 years by the issue of this special postage stamp on VSNL.

Design : The stamp and first day cover are based on designs by Satish Gujral who has used the traditional spiral form to symbolise universal communication systems.

Number of Stamps Printed : One Million