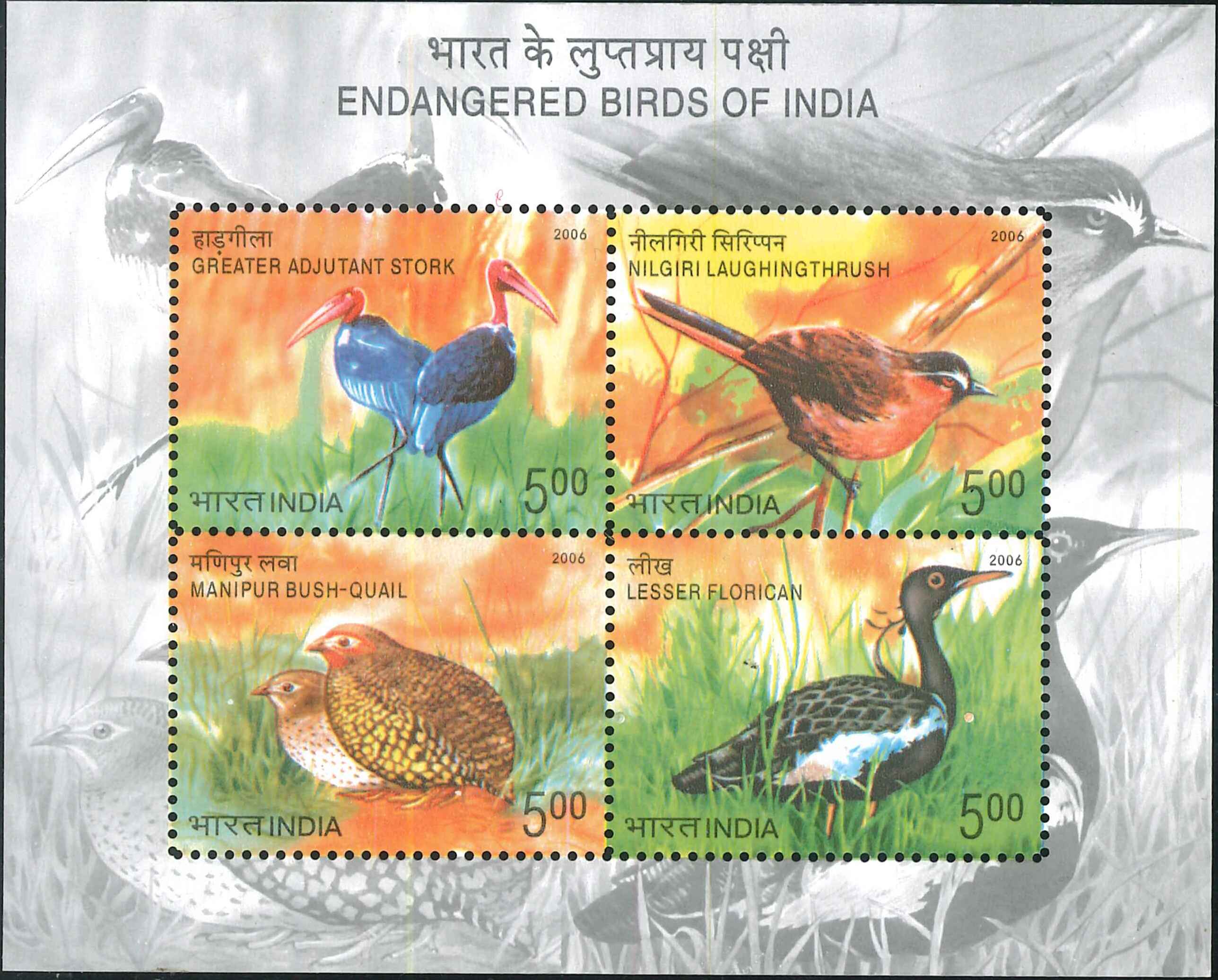 Issued for : In bringing out a set of four commemorative stamps and maxim cards on endangered bird species, India Posts celebrates the unique beauty of each, while carrying forward the message of conservation.