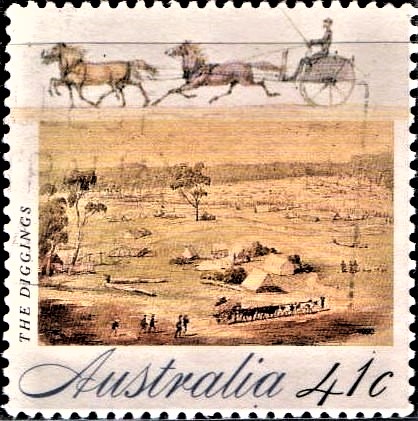 Complete Set of 5 nos of commemorative postage stamp on the Race to the Gold Diggings of Australia : 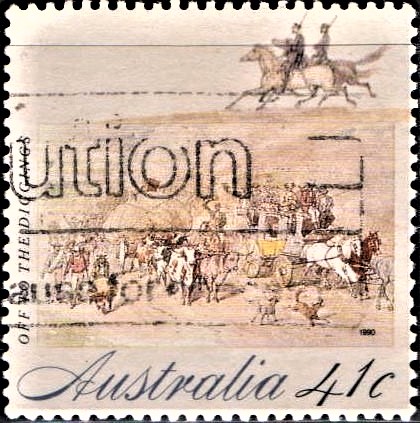 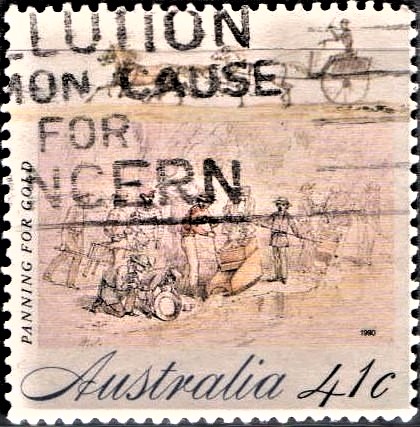 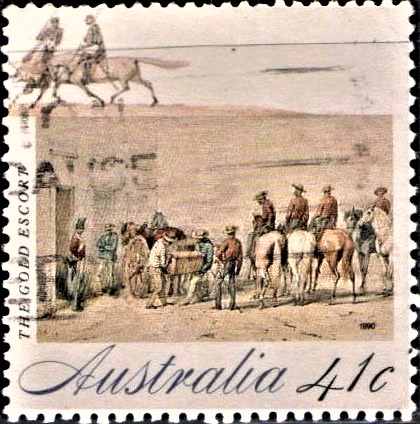 Watercolour sketches in Victoria the Golden, reproduced with the permission of the Victorian Parliament Library Committee.