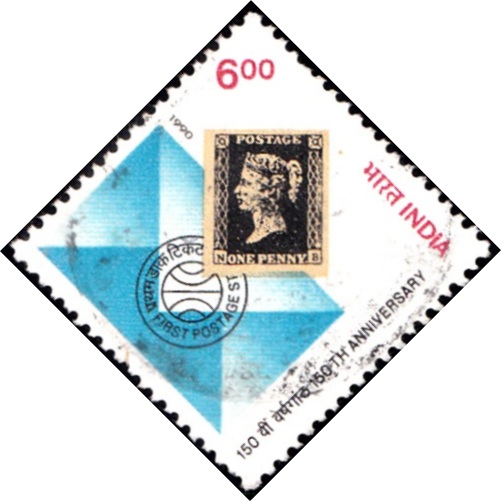 A commemorative postage stamp on the 150th Anniversary of the 1st Postage Stamp :

Description of Design : The stamp depicts the Penny Black on a cover “cancelled as the first postage stamp“. The stamp has been designed by Madhukar Deogawanka. The First day cover reproduces an outline of the Mulready envelope. Cancellation design is by Smt. Alka Sharma.