A commemorative postage stamp on Jhalkaribai, an woman warrior in the women’s army of Rani Lakshmibai of Jhansi, played an important role in the Indian Rebellion of 1857 : 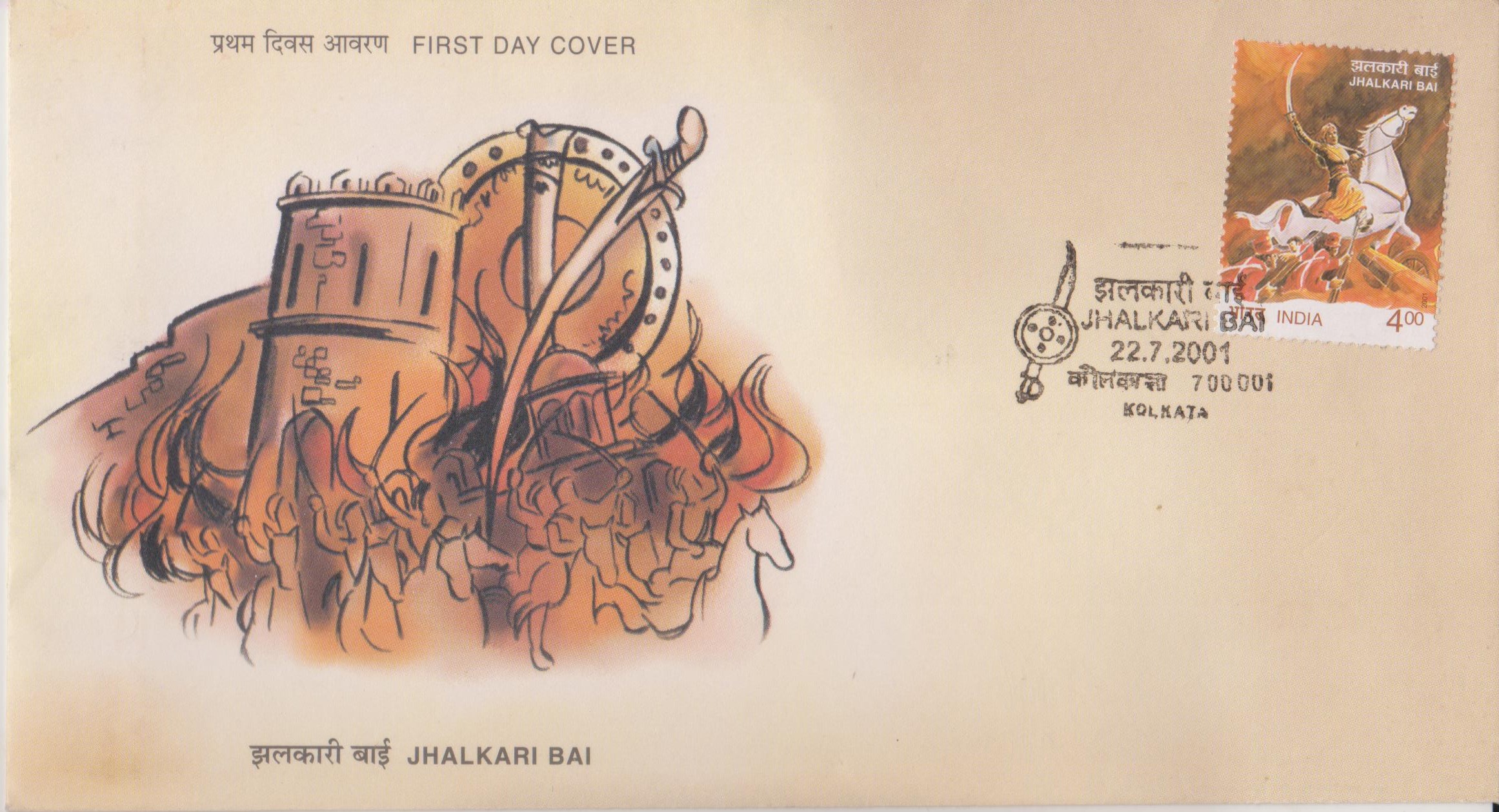 Issued for : The Department of Posts is happy to release a postage stamp in honour of Jhalkari Bai.