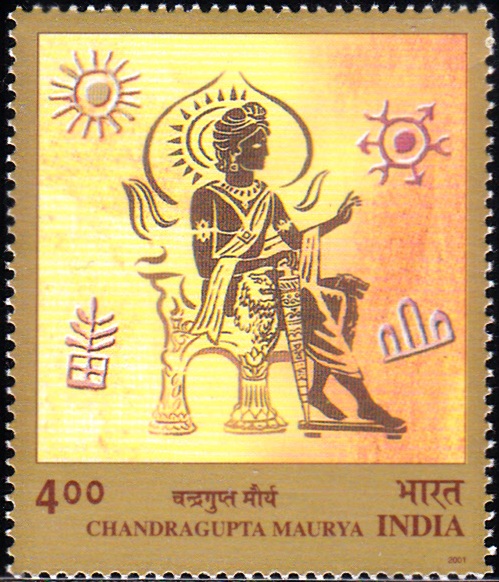 A commemorative postage stamp on the Emperor Chandra Gupta Maurya, founder of the Maurya Empire in Ancient India : 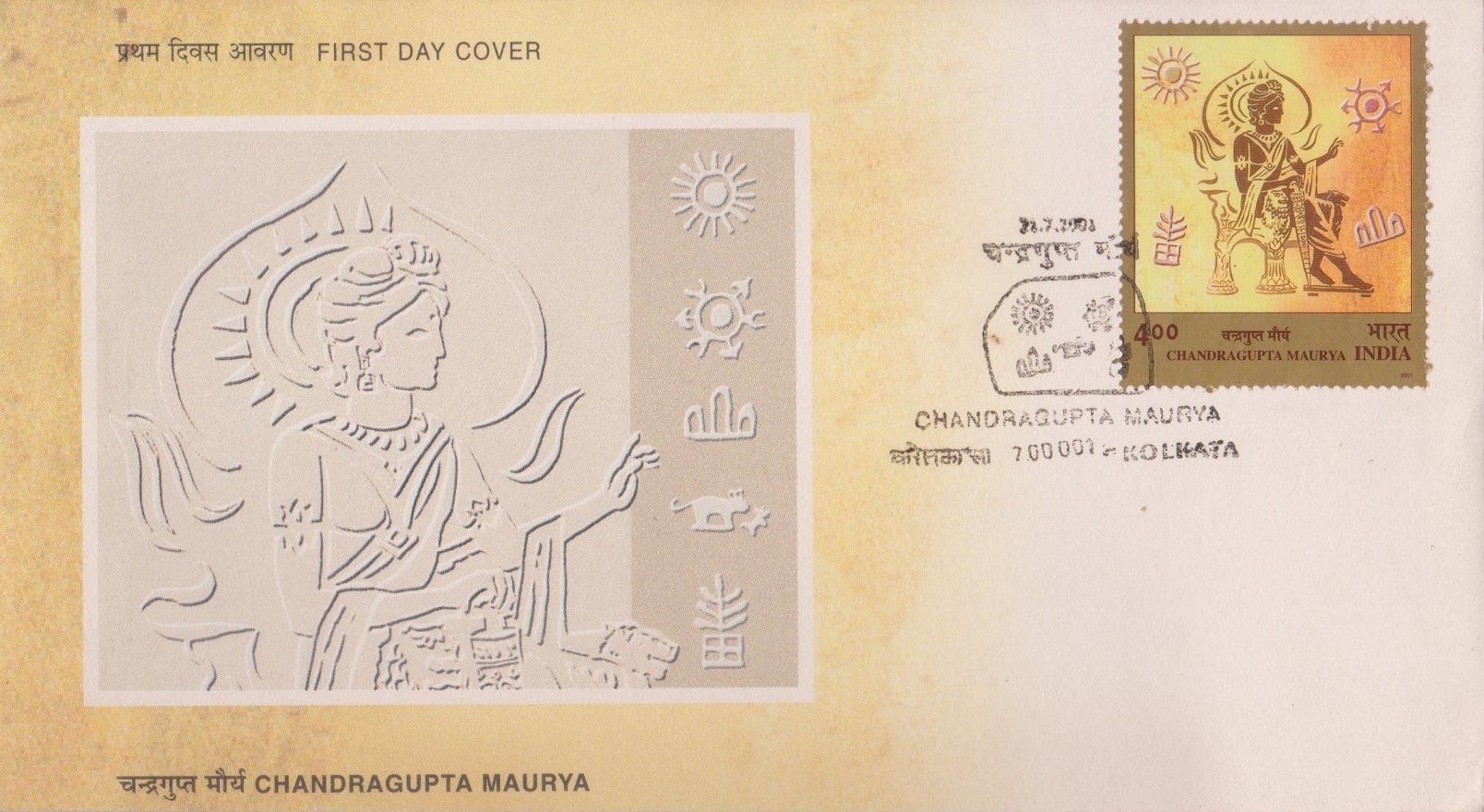 Issued for : Owing to his remarkable military successes and insight into state craft, Chandragupta Maurya stands out as one among the most colourful personalities of Indian history. The Department of Posts is proud to issue a postage stamp on this great monarch of ancient India.

Design : The stamp and first day cover portray an artist’s impression of Chandragupta Maurya, along with images from the punch marked coins of the Mauryan period.