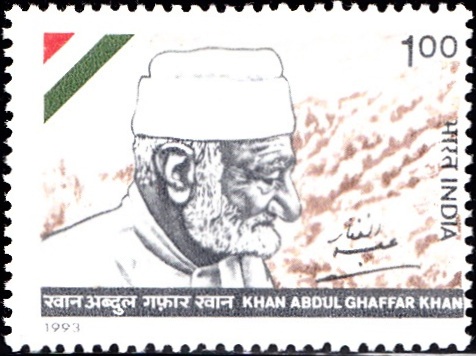 Issued for : The Department of Posts pays its tribute to Khan Abdul Ghaffar Khan by issuing a postage stamp on this great soldier of Indian freedom.