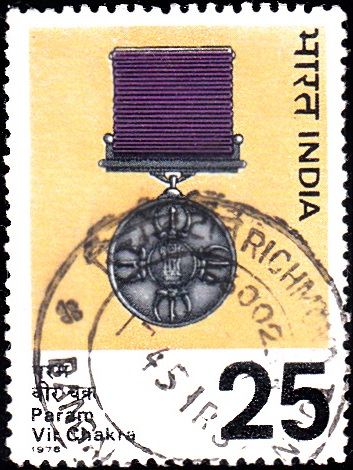 Issued for : The Posts & Telegraphs Department is privileged to bring out a commemorative stamp on Param Vir Chakra, India‘s highest gallantry award.

Description of Design : The design of the stamp is vertical and depicts the medal of Param Vir Chakra.