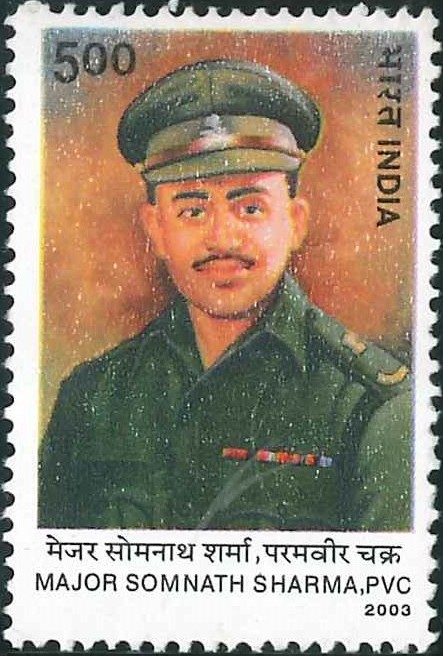 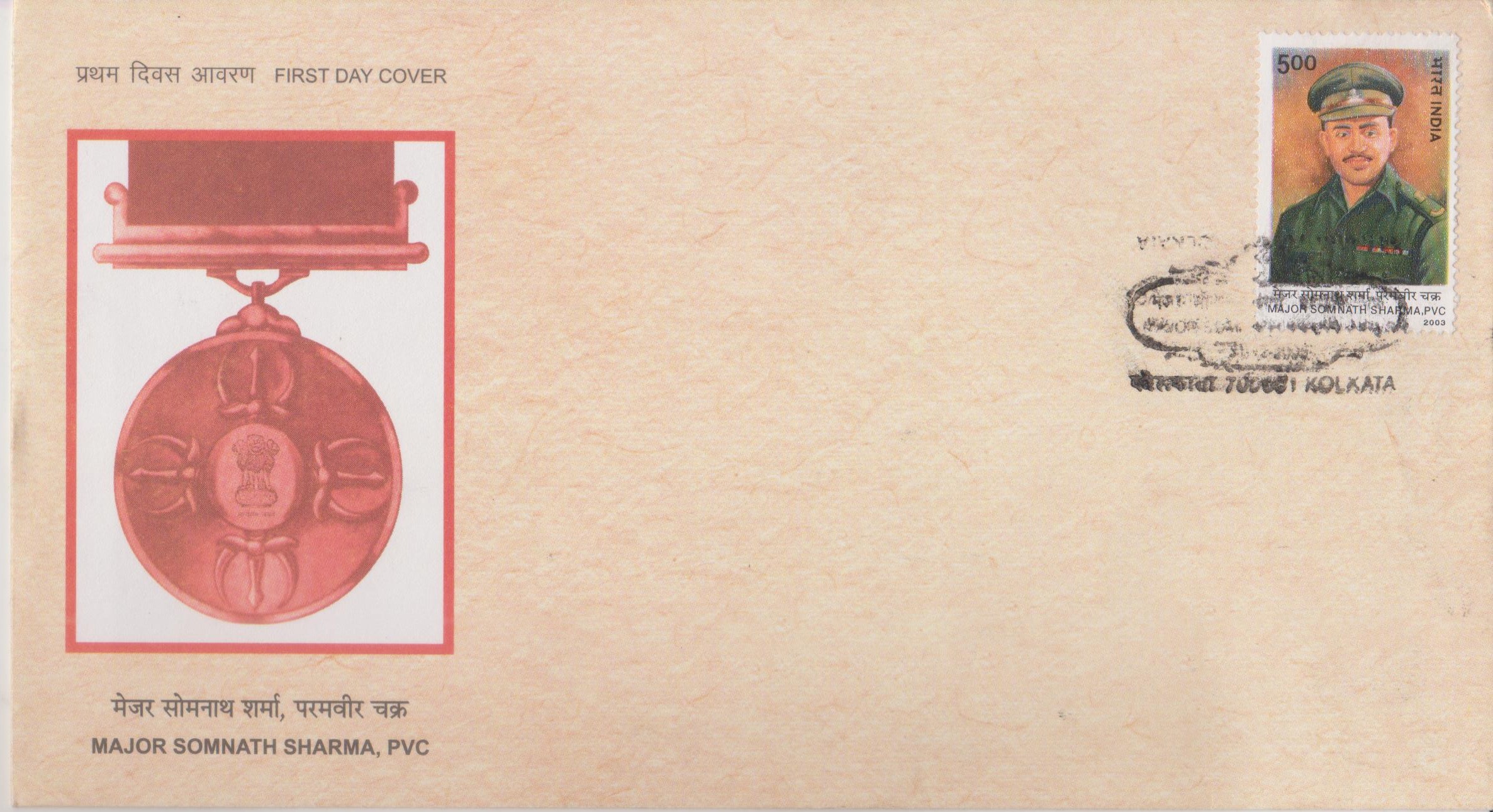 Issued for : The Department of Posts is proud of this valiant soldier and pays homage to his supreme sacrifice through the release of this commemorative postage stamp that bears his photograph.

Credits :
Stamp : ISP, Nashik based on the photograph.
FDC : Alka Sharma, based on material received from the proponent.
Cancellation : Alka Sharma