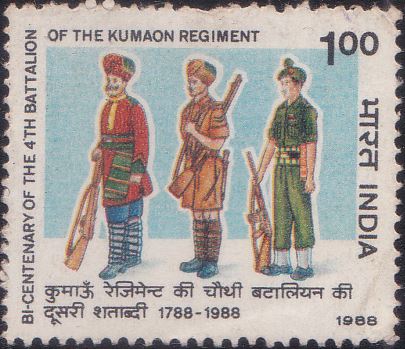 A commemorative postage stamp on the Bicentenary of the 4th Battalion of the Kumaon Regiment :

Issued for : The Battalion, celebrating its Bicentenary, steps into a bright future with deep pride in its history of valour and sacrifice. The Department of Posts is happy to issue a stamp on its Bicentenary.

Description of Designs : The material for the designs of the stamp is given by the Defence authorities. The stamp is designed by India Security Press, Nashik Road.