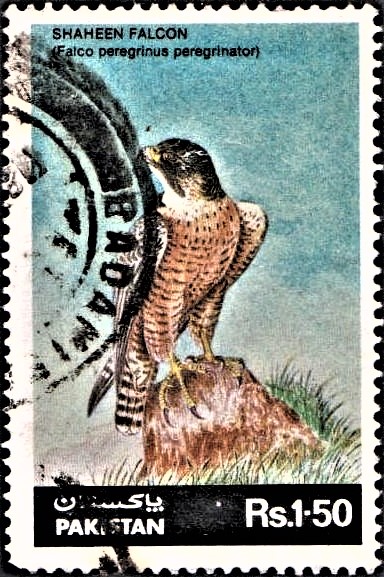 Issued for : To focus world attention on the need to protect and preserve this vulnerable wildlife species Pakistan Post Office is issuing one special postage stamp of Rs. 1.50 value depicting “Shaheen Falcon” on January 20, 1986. It is a part of the series on wildlife stamps being issued by Pakistan Post Office since 1975.